I Tried, "Bones," Coffee and Have Opinions!

Friends and family who inquired what I might want for the holidays were given a short list by me. One big aspect of that list was anything relating to coffee. My Sister-in-Law is aware of my love for trying unique flavors of coffee so she purchased me a five sampler-size bags from a coffee company I had not previously heard of, Bones Coffee Company. Apparently known for their small-batch specialty flavors she bought me some she thought I would like to try--after some weeks previously asking cryptic questions about random flavors I did or did not like that in retrospect make sense--"So David, what are your feelings on Hazelnut?” Anyways, I have tried the coffee and my wife has given most of them a sip too. I thought I would share my opinions. Presented in the order I tried them... 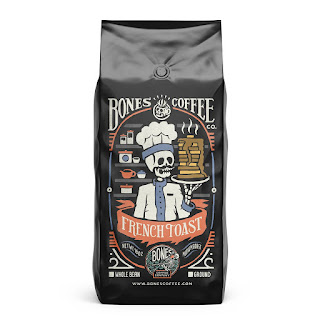 Flavor 1: French Toast
Probably the lightest of the flavors which is why I thought it was a good one to start with. It isn't sweet of course but has a nice essence of syrup as a slight flavor. It is mild and my wife thought it was quite good too. I enjoyed it, but it isn't anything wild. 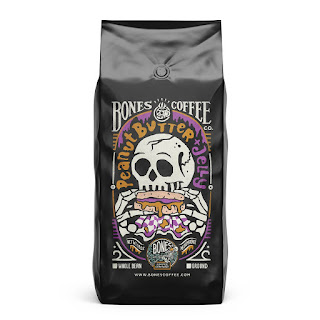 Flavor 2: Peanut Butter and Jelly
Here we go, the weirder stuff. My wife thought it tasted bizarre, but I liked it. With a mixture of a faint nutty vibe and the smallest sensation of grape it really  reminiscent of eating a PB&J sandwich. It was strange, but in the sort of way I quite like. 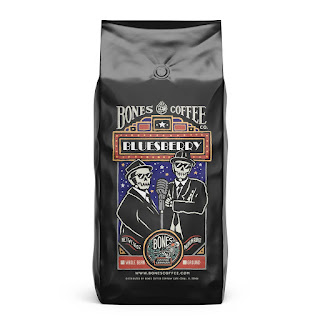 Favor 3: Bluesberry
I've had some blueberry-styled coffees before and this was a perfectly competent version of that. Not overpowering, but you sure can smell and taste the blueberry. My wife thought it was good but admitted she preferred the French Toast a bit more. 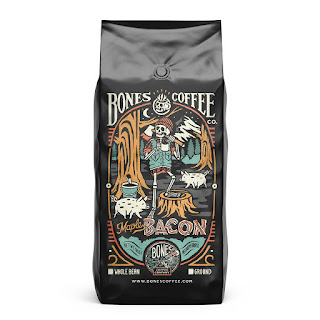 Flavor 4: Maple Bacon
Well, this one was disappointing. I love more esoteric flavors of coffee and was all excited for this. I tried it though, and other than a vague maple taste a little like the, "French Toast," I didn't notice anything that interesting. Perhaps there was the slightest hint of a smoky taste, but nothing that especially screamed, "Bacon," at me. It is a downer, for sure. 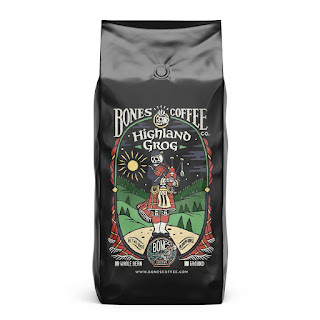 Flavor 5: Highland Grog
That's more like it! Even if, "Maple Bacon," let me down I'm glad I get to close on a positive note. I've had some varieties of the, "Highlander Grog," flavor from other companies, and the one done by Bones is among the best. Between the delightful smell and smooth taste this was a treat to drink.

Having tried all of these I would say that, "Peanut Butter and Jelly," was my favorite thanks to its unique nature, but I honestly enjoyed everything (except, "Maple Bacon,") quite a lot. On a closing note, I was quite impressed with how sizable the sampler bags were, you could easily make 2 or 3 relatively large pots of coffee with them even if you like to use a good deal of grounds such as myself (I like my coffee strong, generally). I want to thank my Sister-in-Law for the thoughtful gift and I'll most likely be trying other, "Bones," coffee flavors in the future too!
Posted by David Charles Bitterbaum at 7:27 PM