Today I went to the Geeky Extravaganza that was held by STL Comics and it was a stellar time. I was able to trade some stuff I brought with me, sell a handful of items, and acquired a lot of great reads as well. I ran into some of my favorite vendors and met some great new folk too. After chatted with the head of STL Comics itself, Eric Meyer, I checked out everything on display... 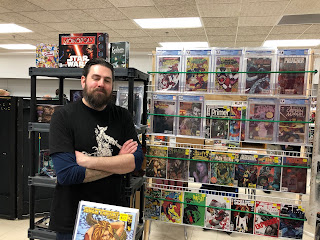 I enjoyed running into James of Cabal Books who is both a friend of mine and a fantastic vendor. 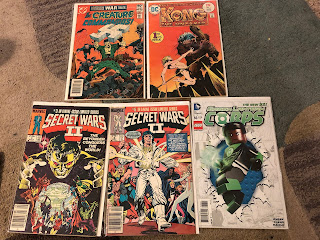 I got these neat varied comics which caught my eye from Jack Brown of Trade Up Comics. 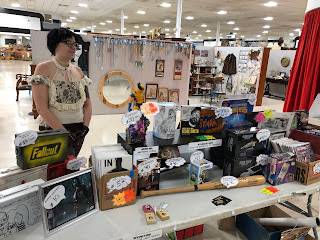 I met Erica of Straight Outta Comics (the link goes to her snazzy Etsy store) who had all kinds of cool comics for sale as well as some really impressive handmade pop-culture-themed crafts! 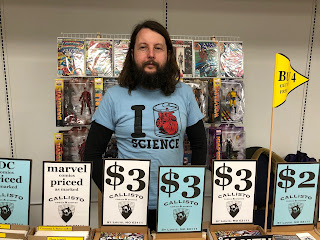 David from Callisto Comics was selling some delightful assorted books. 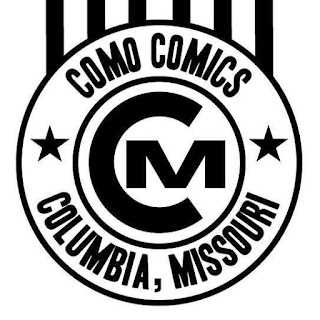 Drew Stuart of CoMO Comic Books sold me some comics featuring Moon Knight I was happy to snatch-up. 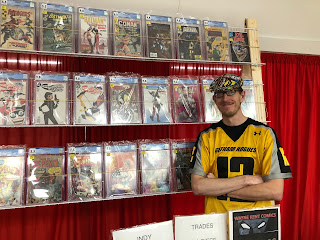 Last but not least, I saw Justin from Wayne Kent Comics, who was selling a smorgasbord of books. 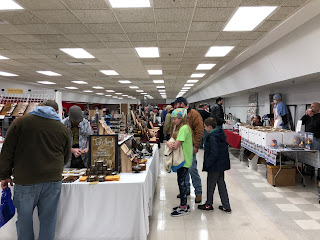 I had an immense amount of fun at the first ever STL Comics Geeky Extravaganza where besides the vendors I mentioned there was all kinds of other wares on display from toys, to other crafts, and it was a spectacular time. The location it was held, Manhattan Antique Marketplace, was super-nice as well and I hope to attend any future ones. I'm also excited for the next STL Comics next event on February 24th, the first Mirco Con of 2019! All-in-all, this was a great time for sure and I had a ton of fun today, thanks again to STL Comics for organizing this and all the amazing vendors for being there!
Posted by David Charles Bitterbaum at 11:10 PM