Comic-Writers of the Year--2018 in Review

Stellar Scripting
When it comes to my favorite comic-writers of this year there are two names who have appeared before and another that I've discussed as being talented, but who has not actually been honored before with this particular award. 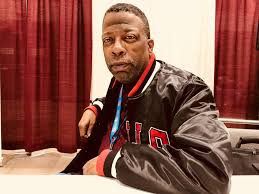 Christopher Priest for, "Deathstroke."
Well, look who it is again! It isn't surprising that Christopher Priest (since his return to writing comics more regularly) continues to make this list, as he took a character I had zero interest in--Deathstroke--and has made the comic about that character a must-read ever since he started doing the book during DC's Rebirth-era. Having written comics for decades, Priest is a master of the form, and his time on, "Deathstroke," has been full of intrigue, twists, amazing characterization, and a healthy helping of clever humor. Basically, as long as Priest is willing to keep writing comics he'll most likely continue to appear on best-of lists. 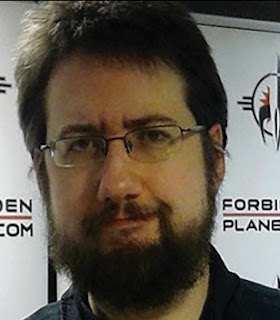 Al Ewing for "The Immortal Hulk."
From its earliest issues, "The Immortal Hulk," has been spectacular. Taking the Hulk back to the original concept of, "He's scary and a monster," this has not been a super-hero book so much as a horror title. It makes perfect sense too--after all, if you see Captain America or Iron Man running towards you during trouble you cheer, if you see the Hulk you start to panic. Even though this is in the mainstream Marvel Universe and works-in other heroes it still keeps everything through that frightening lens. The tenth issue came out recently and the series shows no sign of slowing or toning-down the terror. 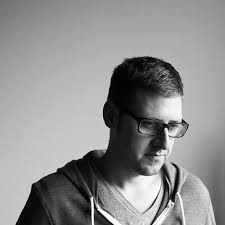 Jeff Lemire for, "Black Hammer: Age of Doom," and, "The Sentry."
Jeff Lemire had gotten best-of props from me before, and ever since re-launching, "Black Hammer: Age of Doom," has continued to be as great as the first series with its unique take on super-heroes but has now inserted a whole bunch of meta-commentary too, discussing concepts of ideas, the formation of stories, and such. Speaking of meta-stuff, "The Sentry," mini-series Lemire worked on this year did something few writers pull-off, making The Sentry interesting. It finally grew the character some as he came to term with his immense powers and set up potential future stories. Lemire seems to often be busy writing a lot of stories as well as at times illustrating them, when someone is as talented as Lemire happens to be however, them being prolific is a good thing!
Posted by David Charles Bitterbaum at 7:44 PM