Writer-Artists of the Year--2018 in Review

Doing Both!
Comic-books are oftentimes a collaborative process, with a writer and artist working closely together to produce a final product. There are some creators who do both however, and it is worth spotlighting these writer-artists who produce amazing work. 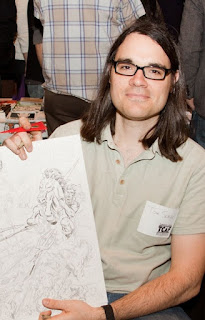 Tom Scioli for, "Go-Bots."
The second issue just came out the 26th (I loved the first) and with only two issues out so far this comic is already a masterpiece. Scioli's work on, "Transformers VS G.I. Joe," was incredible and he has continued to step-up his game taking a property often disrespected and making it a thrilling and gorgeous read. Scioli is just plain amazing, to put it simply. 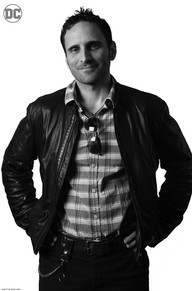 Sean Murphy for, "Batman: White Knight."
Earlier in 2018 Sean Murphy's impressive alternate-Universe take on Batman and the Joker, "Batman: White Knight," came to a conclusion that was both solid and left the door open for future stories. Murphy's impressive scratchy-style meshed perfectly with his political and psychological yarn where the Joker is cured and then proceeds to try and help Gotham in a way that calls the usefulness of Batman into question. I just hope a sequel is made before too long--and that it has Murphy at the writing and drawing helm. 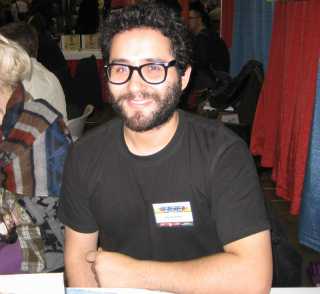 Michel Fiffe for, "Bloodstrike: Brutalists."
Michel Fiffe is probably best known by many for his absolutely incredible magnum opus of a series, "COPRA." When he's not doing that however he can be found popping-up in call kinds of places, such as on the four-issue Image mini-series, "Bloodstrike: Brutalists." Fiffe's work takes a comic that bursts with 1990's excess and both gives it a modern sheen yet evokes that classic era in a way which is nostalgic without pandering. While, "COPRA," is his masterpiece, it is good to see Fiffe has time to utilize his genius on other projects as well.
Posted by David Charles Bitterbaum at 10:49 PM