Comic-Artists of the Year--2018 in Review

Putting Pencil/Pen/Digital Stylus to Paper/Tablet/Screen
A comic-book isn't a comic-book without artwork, basically (yes, yes, we can debate this and break it down, but I stand by my statement). When you're reading a comic the first thing you'll probably notice is how it looks, and if that is pleasing to your eyes or makes you recoil in disgust. These three comic-artists made such ocular-delights that I wanted to spotlight them as my favorites of 2018. 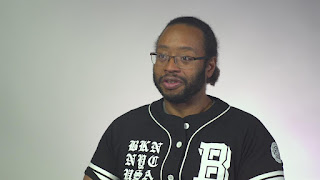 Jamal Igle for, "The Wrong Earth."
Igle is quite the talent, whether doing his fun all-ages stories in, "Princeless," or illustrating the clever and insightful, "Black." He has especially impressed me with his work on, "The Wrong Earth," however, which basically has a hero who is the equivalent of the Adam West Batman trading places with a version straight out of, "The Dark Knight," but even grimmer, wit their respective Jokers falling prey to the switcheroo too. As this is a comic from newer publisher, Ahoy Comics, it has an analogue in the form of Dragonlyman (campy universe) and Dragonfly (depressing universe), but the general concept is apparent, and expertly executed in the four issues of the mini-series that have come-out so far.

Part of the reason it has worked so well is Igle's artwork. He illustrates both the happy-go-lucky world and the miserably violent one, giving each Universe an appearance that has some similarities between the two, but a whole lot of differences. Igle's skill makes the dark world's look one of sharp edges and claustrophobia whilst everything seems softer and unimposing in the camp universe. Thanks to Igle a cool concept has a stellar artist to make sure the illustrations match the potential. 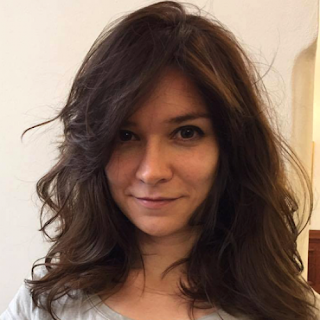 Kate Niemczyk for, "Man-Eaters."
Chelsea Cain and Kate Niemczyk astounded with the superb, "Mockingbird," series at Marvel that was cancelled well before its time with issue #8. Thankfully, that wasn't the end of their collaborations, with, "Man-Eaters," at Image comics being a fantastically clever and gorgeous read. Focused on a world where young women's menstrual cycles can cause them to morph into dangerous wild cats due to a unique strand of Toxoplasmosis, Niemczyk's drawing works for both scenes of violent and horribly cat-maiming-human moments, as well as illustrating an epic cut-out view of a building, or just quiet moments. Niemczyk is a stellar talent, and her works past and present show it well.
Dylan Burnett for, "Cosmic Ghost Rider."
I thought the Donny Cates and Geoff Shaw arc that occurred for, "Thanos," was solid, if not utterly amazing. I did quite enjoy the weird Cosmic Ghost Rider who appeared, a futuristic version of Frank Castle (the Punisher) melded with both the Spirit of Vengeance as well as the Power Cosmic. This mini-series follows the events of, "Thanos," and has Frank Castle attempting to traveling through time and make an infant Thanos no longer grow-up into the Universe-destroyer he does. It is solidly written, but the real impressive stuff if Burnett's artwork.

Whether he's showing us all kinds of unique futuristic Guardians of the Galaxy, drawing an imposing and impressive Galactus, or showing readers a seemingly idyllic and happy world of peace that actually hides a whole lot of misery, Burnett's style has just the right mix of kinetic and expressive that it compliments an over-the-top character such as the Cosmic Ghost Rider perfectly. Even if the overall story of the, "Cosmic Ghost Rider," mini-series was mostly just enjoyable-but-disposable, Burnett's artwork was something to remember and be treasured.
Posted by David Charles Bitterbaum at 10:44 AM