"Weaponized Nostalgia" and Songs Like "California" by Colonel Loud and Friends

The Ingenuity Behind a Seemingly Normal Song

There is an enjoyable song by Maze (featuring Frankie Beverly) titled, "We Are One." A song came out not too long ago titled, "California," by Colonel Loud and featuring an assortment of his friends--T.I., Young Dolph, Ricco Barrino--which uses pieces of, "We Are One," to great effect. I've got the music video for you here, it features the usual rap-video assortment of women dancing around along with some admittedly gorgeous shots of--where else?--California. Observe:
Now then, I have written before about the power of nostalgia, as well as the question of when you're going beyond, "Sampling," a song and maybe making something else altogether. This new song right here though, this is something that sounds like it was purposely created to activate that center of the brain that likes old stuff and enjoys hearing it; this is something that is new but hits-upon that love-of-the-old intentionally. This, my friends, is a prime example of weaponized nostalgia. 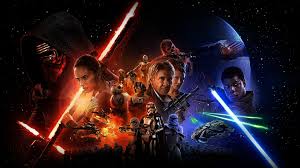 What is weaponized nostalgia, you may ask? Well, it is a term I first saw back in November of 2015 when the then-upcoming, "Star Wars: The Force Awakens," was being discussed. Basically, the idea is that something new is created, but formatted and designed in just the right way so as to prey upon our love of things from the past--e.g. our nostalgia. It's taking the new but designing it to invoke the old. Through this taking of nostalgia and turning it almost into a mind-bomb of sorts, you can then release it onto the internet/radio airwaves/etc. Next it seeps into your consciousness, playing upon your love of things from your youth and making you feel the same way about something new.

What Colonel Loud and his chums are able to do here is take an already catchy song that would appeal to the young folk, and inject it full of weaponized nostalgia so that those of us who would maybe just shrug it off as another rap song about partying and drugs suddenly find our interest piqued as we nod our heads along. We like the song that much more because it has the stealth-weapon of taking that older Maze song and having our fondness for that, "Turn on," in our brains even though this is something separate. The nostalgia seed has been planted, bloomed, and now we like this new thing as much as the old due to its cleverly causing our mind to associate the duo almost as one--again, weaponized nostalgia.

Is This Bad? Good?

I am not here to try and claim this weaponization of nostalgia is by any means a bad thing. Ever since there has been culture there have been people saying the older-form of something was better. I just find it fascinating how media entities such as Disney with, "Star Wars," or Colonel Loud with, "California," have found a way to essentially capture nostalgia and use it as a tool to gain popularity. There has always been weaponized nostalgia (look at the immense popularity of "Happy Days" and how it captured the nation's desire for a past that never actually existed), but it just seems especially potent lately. Perhaps as we move further into the future there will be found an even greater hunger for the past-made-new.

At the end of day nostalgia isn't something you need to fear, even when it is so finely-tuned and perfected as to be a little scary. There will always be new stuff, and there will always be things that occur just a little while after the new stuff that use it for fuel, inspiration, and yes, as a weapon of sorts to inspire you to listen, learn, and spend money. Because at the end of the day, if nostalgia is good for one thing, that is turning a profit.
Posted by David Charles Bitterbaum at 2:35 PM