Some of My Favorite Comic-Creation Teams Part 2

...And We're Back!
There were too many people to limit myself to one article, so I now present part 2 of my favorite comic-creation teams! 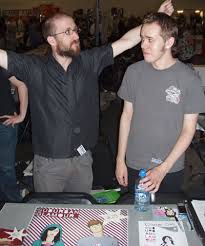 Kieron Gillen and Jamie McKelvie
No question this is a pairing that sets my heart aflutter whenever I hear about their newest joint-project. Whether imagining a world wherein music is magic ("Phonogram") making the, "Young Avengers" the best Marvel comic on the stands at the time it was coming out, or giving us Gods-as-pop-stars with, "The Wicked and the Divine," Gillen and McKelvie are two creators who just know how to bring the best out of each other. They both have done fine on their own solo projects or other pairings, but when these two minds get together? Stand back, because it's gonna be one Hell of a comic. 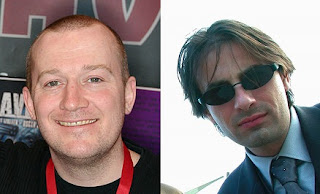 Garth Ennis and Goran Parlov
This is another case where many would put the writer with a different artist (making it Garth Ennis and Steve Dillon for their work on, "Preacher,") but I yet again have got to go with another option, Parlov, if no reason other than the sheer amazing stuff Parlov turned in with Ennis on some of his, "Punisher Max," run and the superb, "Fury: My War Gone By." Parlov's mixture of minimalism and stark brutality perfectly compliments the brutal stories of Ennis, be it the Punisher fighting for his life or Fury making his way through countless wars. 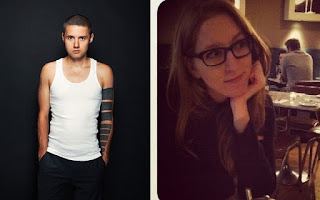 Stan Lee and Jack Kirby
Now to close on a classic team, much like you can end a fancy dinner with a fine dessert wine. While us comic-readers often have a complicated relationship with Stan Lee and the question of how much work he did or didn't do, I think everyone can agree that he and his collaborators made some amazing stuff that has stood the test of time all the way to now. Despite all the folk he worked with though, I feel there is a teaming that made stuff even better than what Stan Lee and Steve Ditko gave us. That duo was the matching of Lee and Kirby. Without these two men and what they created together there simply would not be a Marvel comics, or at least not one as we know it today (a whole lot of characters would be missing for sure). A seminal pairing for sure.

Done!
There are the teams that immediately popped into my mind. I am sure there are many others I'll think of later and be mad that I forgot, or you may have a team that you're aghast at my skipping. Whatever the case, as these teams go to show, comics are often a collaborative art, and if working closely with others can make some of the amazing stuff that's been produced then I'm fully in favor of teamwork.

Note: I did not pair creators Alan Moore, Frank Miller, Brian K. Vaughn, Warren Ellis and etc. with anyone as they both have too great number of people they have created stellar work with to pick just one team. I know many folk have a preferred artist for those writers, but I just couldn't decide. That's the same reason I didn't put artists like JH Williams III with anyone either.
Posted by David Charles Bitterbaum at 5:25 PM