Links As We Approach the End of February

Almost Time for March!
It's almost the end of February, and I thought sharing some links would be good! 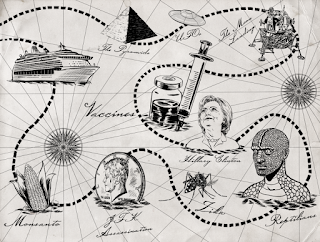 I'm not sure if being on a cruise full of conspiracy theorists would be fun or like living through hell on the ocean. This article makes it clear that unless you're, "With them," you are automatically going to be considered someone who is against them--and possibly working for the CIA, lizard-people, etc.

It is interesting to think that simply by hearing an Arabic language spoken people are supposed to feel afraid or hatred toward someone, with video-games using this idea to a depressing degree.

Speaking of video-games, Kanye West loves them too! I never played on the TurboGrafx-16 but know a little about it and can appreciate if he names his next album after the console. My heart forever belongs to the Sega Dreamcast though.

As someone who both loves indie comics and creator-owned works, this idea for a shared-universe of creator-owned titles sounds fun. We've kind of seen that with Image, of course, so the idea isn't totally new, but seeing something new created with that in mind is cool. 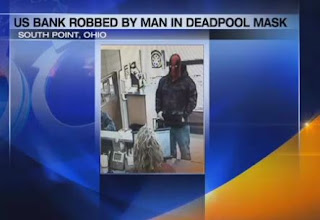 You know a comic-book character has, "Made it," when their masks are used for robberies.I suppose that means Deadpool deserves some props.

I never really thought that Black History Months could be rated as being the, "Best," out of other years, but apparently CNN feels they can be. We as a society really like ranking things. 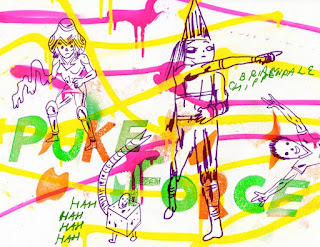 I want to check-out this, "Puke Force," comic, it sounds interesting. I don't have anything else to add, just wanted to share.

This article about how they aren't many (good) murder-mystery games got me thinking. The only one that came to mind immediately for me was, "L.A. Noire," and after that I draw a blank.

All Learnt
There you go, I hope you enjoyed all or at least some of the links. I'll have a post up on the 29th to celebrate how we are in a Leap Year!
Posted by David Charles Bitterbaum at 11:02 PM