"Mr. Morale and the Big Steppers," is an Astonishing Album 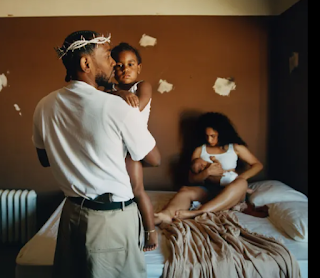 Kendrick Lamar took a chunk of time to bring us his album, "Mr. Morale and the Big Steppers," something he acknowledges on the double LP itself. "DAMN." was a tight and concise LP that seemed to barely let us breathe with how intense it was. "MMATBS," as I'll call it for short, is a bit more spread out and has us absorb its multiple messages throughout the variety of tracks. There is a strong feeling of learning and healing to this album. Lamar touches on generational trauma, being molested as a child by a cousin, having a distant father, and seeing how homophobia & transphobia hurt relatives who transitioned (that song has split opinions among LGBTQ+ critics). The album has a therapeutic and cathartic feeling and in some ways feels designed to help us heal with Lamar.

On, "MMATBS," Kendrick Lamar talks about being a parent, the racial politics of America, and the complexities of life in general during a pandemic. Every song is great except for one that temporarily brings things to a screeching halt. "We Cry Together," features Lamar and actress Taylour Paige as a couple having a loud and angry argument. It is supposed to be shocking and a sort of story about a messed-up relationship, but instead it makes me more uncomfortable than anything else. The song feels like I'm in a restaurant or some other public place listening to a couple have a very loud and toxic yelling-matching that just is agonizing to listen to. It has some good lines (at one point Kendrick points out how society acts outraged about men like R. Kelly yet still listens to his music), but the song just has a really nasty and unpleasant vibe. Everything else is gold, however. 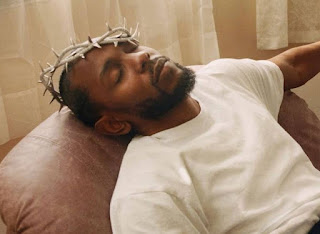 Kendrick Lamar warns us he isn't a savior, he's just a human being. He's arguably here to save Hip-Hop, however, as this is the best damn rap album I've heard in years. The genre seems to be infested with bland mediocrity (some fantastic exceptions aside) and then Kendrick just blows everything up over 18 tracks (17 if you don't count the one I dislike) and makes it clear that he's one of the greatest rappers of all time, up there on the metaphorical rap Mount Rushmore with Tupac, Andre 3000, Missy Elliot, Eminem, and the other superb talents. "Mr. Morale and the Big Steppers," is an album we waited about exactly half a decade for after, "DAMN." and--pun intended--but I'll be damned if the wait wasn't worth it.