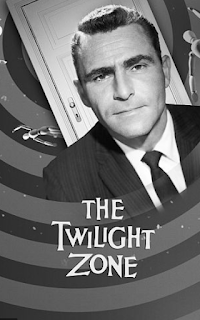 Why is May 11th the day we celebrate this show? Nobody seems to actually know. The reason it is today seems to be as mysterious as, "The Twilight Zone," itself. Whatever the reason, spend today watching some original episodes, the movie, or one of the rebooted versions if you'd like!

Posted by David Charles Bitterbaum at 10:24 AM