I Don't Collect the Funko Sodas Much, but This One is Clever 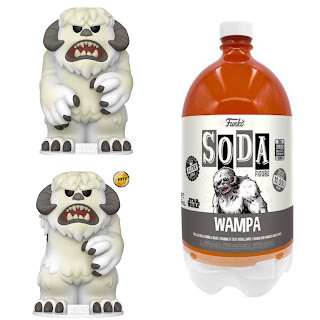 I collect a lot less Funko Pops these days (focusing on specific lines I like) and don't really collect the Funko Sodas much even though they are snazzy. They are these little figures in faux-soda cans that you pop open and see if you got a regular figure or the rarer, "Chase." However, a new one is going to be bigger so instead of a can it will be in a, "3 Liter," bottle as can be seen above. That is cute and hilarious. It is, of course, the Wampa from, "The Empire Strikes Back," that finds itself on the wrong end of a lightsaber. Considering that is arguably the best, "Star Wars," film I would say a figure from it deserves a unique little soda bottle.

Posted by David Charles Bitterbaum at 10:17 AM