Joe Quesada Steps Down From Marvel 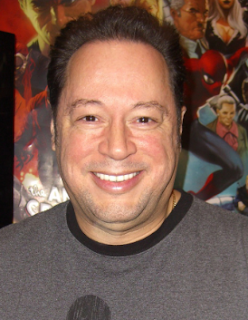 Joe Quesada is leaving Marvel, and this is notable. Quesada has held a variety of roles at the company and arguably was among those who helped save Marvel from bankruptcy in the early 2000s. It was during his reign as Editor-in-Cheif from 2000 to 2010 that he brought in folks who would become massively popular at the publisher (Brian Michael Bendis, to name one) and he oversaw a bunch of popular (and controversial) storylines. Quesada also created the Marvel Knights line before becoming EIC, helped form the MAX imprint, and after becoming Chief Creative Officer in 2010 assisted with the early years of the Marvel Cinematic Universe.

In 2019 Kevin Feige assumed the CCO position and Quesada became Executive Vice-President and Creative Director for Marvel Entertainment as a whole. Quesada would occasionally still write or draw a comic, and by all accounts is a cool guy. Quesada has announced he is leaving Marvel to pursue working on films and is apparently still possibly going to have some comics coming out from the company as well. He seems to be leaving on good terms and just is ready to do something else after over 20 years as an exec at the company. I look forward to seeing what Quesada gets up to next!