Rant-Reviews: Basically The Smidgen That Was Available

Not As Much Going On With Comics...Yet 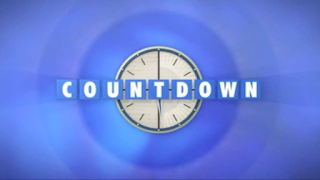 There has not really been any new comics lately in terms of floppies at your local comic store. We have COVID-19 shutting down the planet to, "Thank," for that. Still, regular shipping of comics from Diamond will resume on May 20th. That said, DC has dipped their toe into alternative distribution and other publishers have me on their press list and share digital review copies of their upcoming titles now and then. For this reason, I do have a small number of new titles that are recently out or will be out sometime in the foreseeable future. Let's review the smidgen that was available, shall we?

Things that Could be Acquired for Reading

It Eats What Feeds It #1-#3
From the quality people over at SCOUT Comics, this comic is written by Max Hoven as well as Aaron Crow and Illustrated by Gabriel Iumazark. I was able to read all three issues of this mini-series and did so with gusto right before bed. It ended up keeping me up for a bit, however, as this was a scary and at times grotesque tale! A young man named Kenny goes to work as a live-in handyman for a beautiful older woman named Francois, but things are not at all what they seem as things get progressively dangerous. Hoven and Crow create a fantastically creepy story and Iumazark's minimalist art-style makes the moments of detailed and eerie violence really stick with readers. Give the whole series a chance as it takes a little bit for the horror to really ramp-up, but the payoff when things get terrifying is worth it.
5 out of 5 stars.

Ludocrats #1
Well, this is an odd one. A long-in-the-works comic written by Kieron Gillen and Jim Rossignol with stellar art by Jeff Stokely and published by Image. The idea is its a bunch of aristocrats of the absurd who get up to all kinds of silly and violent mischief. However, one of their own may be conspiring against them and this results in even more crazy and bloody shenanigans. I liked it, with the jarring zaniness clearly intended, and as I said, it looks really good. You can grab a copy and see it for yourself on May 20th, I believe.
3.5 out of 5 stars.

Batman and the Outsiders #12
This is kind of in stores now, as the small number of comic stores that have tried DC's alternative distribution model can get this book and others. With that said, most stores will probably just acquire this via Diamond when they start shipping again. I was able to get my hands on a copy though and wanted to review it. Bryan Edward Hill continues to knock it out of the park writing this book, with his characterizations of each hero ringing true as they fight that always-troublesome Batman foe, Ra's Al Ghul. I'm always happy to see Jefferson Pierce/Black Lightning in a comic, and other fan-favorites such as Cassandra Cain get to shine too. This is a great Outsiders team and Hill makes them work together fabulously.
4.5 out of 5 stars.

Murder Hobo #1
Another title published by SCOUT Comics, writer Joseph Schmalke and artist/colorist/letterer Jason Lynch have a hilariously raunchy comic here. Focused on adventurers telling tales of when they met violent, thieving, and horny characters who joined their party on a quest, Schmalke and Lynch provide some humorous accounts of these dangerous individuals just utterly wrecking everything with their mixture of bloodlust and desire to hump like there is no tomorrow. There are some clever jokes thrown in too, but I loved the wild and crass humor that kept landing some great punchlines. Depending on Diamond's shipping this one should be in stores sometime in June, but it may end up being July. It is definitely recommended if you don't mind some gross-out humor.
4 out of 5 stars.

Still Plenty of Quality
Even though there are fewer comics coming out currently, there clearly are some great reads on the horizon and some solid options on stands now (if your shop can deliver or do curbside pick-up). I am excited for when more comics come out again and am excited for you to have a chance to read all these books as well!
Posted by David Charles Bitterbaum at 12:51 PM