I Know I'm Late to Report this, but Bandcamp is Really Cool 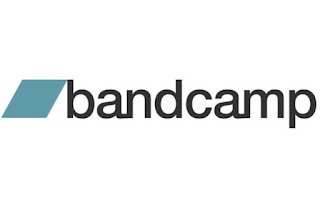 The website (and now also app) Bandcamp has been around since 2008 or so. It started really taking off some years ago, however, and while I knew of it I had not really used it at all. I don't know why I was waiting, however, because Bandcamp is really awesome. It is a bit like Spotify-meets-iTunes but with the focus on independent artists. Singers, bands, producers, podcasters, and so forth can upload their singles and albums, offer them for free with optional payment, require a small minimum payment (with you able to pay more) and then let you stream or outright download their tracks. Many bands sell physical merchandise such as CDs, records, or cassette tapes too.

I recently dipped into Bandcamp because I've been fiddling with my old cassette player and tapes; I joined a Reddit group about tapes and someone (a music artist named Goldkey) shared how their indie folk-pop album had a cassette for sale there along with streaming rights. I joined Bandcamp, bought the cassette with the streaming rights, and spent the following hours checking out the wide assortment of creators and their content in almost any genre you can think of on the site. It was pretty cool.
Bandcamp is probably the best website for indie artists around, letting them make money on their works beyond the pennies-for-millions-of-streams offered by sites like Spotify (and I say this as someone who loves to use Spotify, but we're being honest here). I don't know why it took me so long to start using Bandcamp, but now I'm glad that I am and would encourage anyone else who hasn't tried the site or its app out yet to give it a browse & listen!
Posted by David Charles Bitterbaum at 11:54 AM