The Middle of February? This Calls For Some Assorted News and Links! 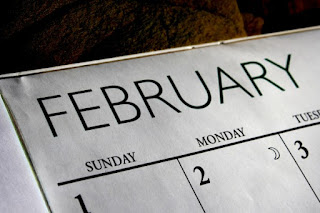 It's the middle of February, give or take a couple days in this shorter month. By this point I hope you've awakened from a sugar-coma relating to any candy you ingested on Valentine's Day and that you're ready for some quality news and links!

Interesting Stuff
At the start of February we have the moronic so-called holiday of Groundhog Day, where more people in America seem to believe a rodent can predict the weather than scientists warning us about global warming. Everytime it is Groundhog Day I feel sorry for those critters in various towns being harassed so that people can pull them out of a burrow and hold them high to check for a shadow. I always say how it would be funny if a Groundhog fought back, and this year one apparently did decide he was fed-up. In other words, the Groundhogs are rebelling. Be afraid.

Video-games of course have soundtracks, and sometimes they will license songs for them. This article claims that, "Grand Theft Auto: Vice City," had the best licensed soundtrack of all time, and you know what? I can get behind that statement 100%.

Newsarama has published one of their rare good articles, observing how the television/Netflix/Hulu-side of Marvel seem more and more removed from the movie-side in terms of supposedly existing in the same continuity.

Trying to make our homes, "Smart," just can make more work for us, as this articles discusses. It may be true, but I still kind of want an Amazon Echo/Alexa. I just hope things don't turn weird like in that old Disney movie, "Smart House," where the home goes crazy.

This piece perfectly summarizes why, "Jackass," had a weird charm to it and all of today's Youtube "pranksters," suck. On, "Jackass," the guys were the butt of the joke, but idiots like the Paul brothers just try to make everyone else the victim of their own so-called humor.

For those less familliar with Christopher Priest, this article serves a great primer for those wanting to learn more about him and get into his amazing body of work. 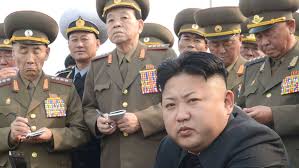 As this insightful editorial observes, North Korea could beat the United States in one way--they make
peace with South Korea.

You know, Netflix kind of shot itself in the foot in regards to, "Altered Carbon," with their latest stunt using a "Cloverfield," film as a surprise-release.

Matt Sigur has an argument I fully agree with, that, "Blade," doesn't get enough credit and respect for how it is a stellar movie, is arguably the first, "Marvel," flick (let's ignore the horrible, "Howard the Duck,"), and stars a black protagonist in the form of the great Wesley Snipes which these days still seems rare for a hero-flick--at least until, "Black Panther," hopefully makes a ton of money and inspires more diversity in hero flicks. Then again, if those rumors I talked about yesterday come true, we may see more, "Blade," in the near future. 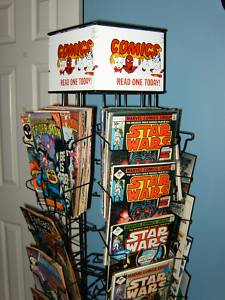 Spinner racks returning to comic stores sounds fun, with them used in combination with shelves and because they look cool. The thing is I've actually already seen them still used at comic stores in other states and here in Saint Louis at such quality establishments as Dark Side Comics and Games, so I guess it isn't so much spinner racks, "Coming back," as it is being spotlighted?

I do love video-games, even if I haven't been able to play them as much lately. That said, they really do often demonize overweight/"Fat," people a lot, don't they?

I am sorry to end on a depressing note, but it bears pointing-out that our President, Donald Trump, wants to end student loan forgiveness and turn nutrition-aid programs into a low-budget version of, "Blue Apron," to supposedly save money whilst also spending millions on planning a military parade--plus, he is totally in the pocket of the NRA as his response to the recent Florida high school mass-shooting illustrates. That is a sentence I never would have imagined writing some years ago, and it saddens me immensely that the world is like that now. Clearly, we need to fight this monstrosity of an administration through everything from using our voice, to contacting our politicians, and of course voting.

Enjoy The Rest of the Month
As February continues and draws to a close hopefully the weather will warm up as our days get longer. I hope anyone going to see, "Black Panther," for its premiere weekend has a great time--I'll be going with my wife on Sunday!
Posted by David Charles Bitterbaum at 8:14 PM