Cons are always full of cosplayers, and this year's Wizard World was no exception. I saw outfit upon outfit. Certain ones really struck me however and the follow images are of cosplayers who were kind enough to allow me to take a photo and gave me their permission to post the pics!

Awesome Outfits
As I entered the show I ran into Captain America and the Winter Soldier: 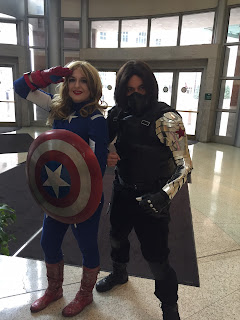 Shortly after I got on the floor I was awestruck by this Mr. Freeze and how detailed his clothing looked: 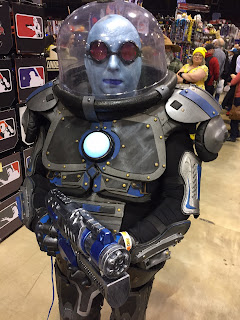 Link and Black Canary were having a great time, with Link's friend Navi glowing bright. Also, Black Canary was kind enough to give me her card which had her Instagram name of, "@jesskcosplay," so you can tag her in your pics or you can email her here. Check them out: 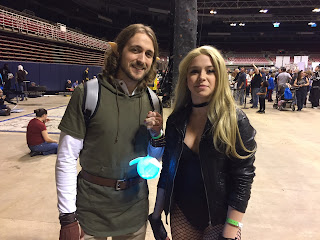 Doctor Strange was casting some spells: 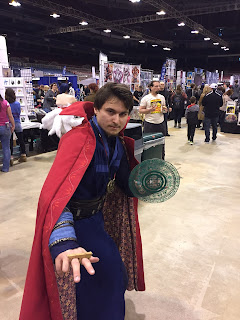 Batman Beyond was repping the future-Batman: 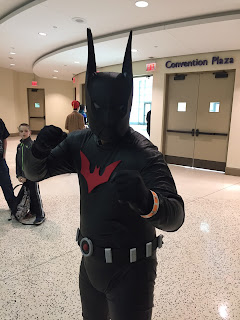 While I usually see a fair assortment of Punishers at cons, I did not this year. That is, besides this snazzy female Punisher: 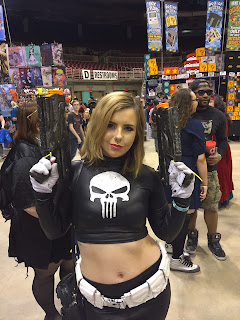 Starlord and Rocket were happy to pose for me: 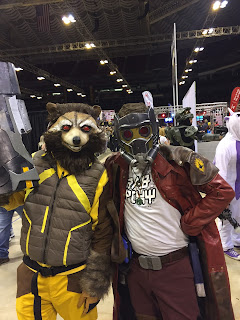 The Blues Brothers were drawing a lot of attention thanks to their awesome look: 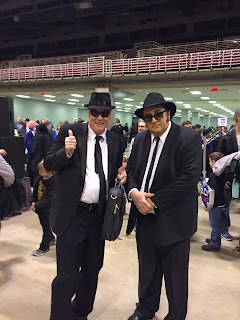 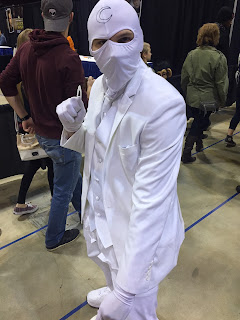 Negan was eager to bash in some brains: 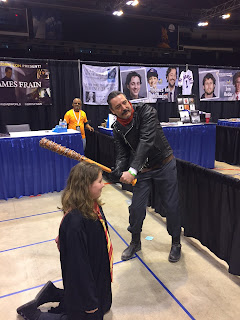 There were a ton of people dressed as the newer-style Harley Quinn, so seeing someone in her classic costume was fun: 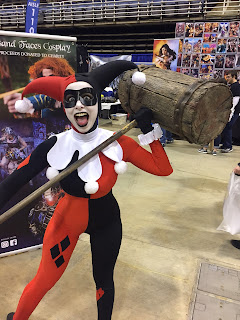 To conclude, toward the end of the show I ran into a couple cosplaying as Batman and Catwoman: 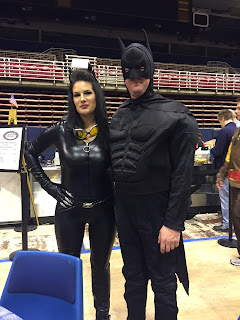 Cosplay = Cosyah!
I was super-impressed with the getups I saw this year at the show, and thank everyone who was kind enough to let me snap a picture and post it. This concludes my posts about Wizard World Saint Louis 2018 and I want to thank them again for allowing me to come and cover the show as press. It was a stellar time!
Posted by David Charles Bitterbaum at 5:24 PM