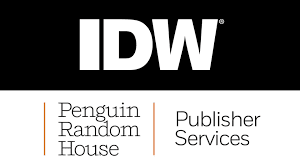 It was massive news when DC essentially made their own comic distributors (now just one, Lunar) and it was also shocking when Marvel signed a deal with Penguin Random House to have their periodicals distributed by the major bookstore entity. Both of these changes were massive hits to the company that was for years basically the sole force when it came to publishing individual issues of comics, Diamond. A longtime holder of a vaguely legal monopoly on comic distribution, the company now can distribute Marvel and such as a wholesaler, (and sells lots of toys and board games) but in regards to comics sits in a precarious position.

Things just got even worse for Diamond as now IDW--a sizeable publisher--has moved to work exclusively with Penguin Random House come June of 2022. Now, Diamond will just be a wholesaler for them too and it is getting to the point that Image, Dark Horse, and Dynamite are the sole forces keeping Diamond alive as the other smaller indie publishers who work with Diamond are great but don't exactly keep the lights on. Diamond is in a rough spot for sure and probably is going to need to drastically restructure a lot of its business to stay operable/solvent. In the end, if enough comic stores choose to stick with Diamond for ease of use (even if they are a wholesaler as opposed to the main distributor for some publishers) they might weather this storm, but time will tell.