It's The Day We All Associate with Earth, Wind, and Fire 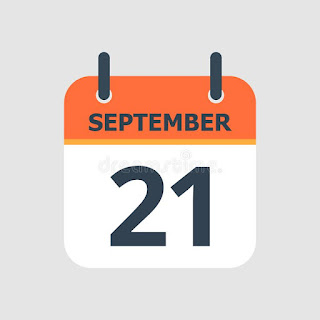 It's not an official holiday, but September 21st is basically Earth, Wind, and Fire Day. The song is over 40 years old but, "September," has managed to stay popular. It's been in movies, television shows, played at political conventions, covered constantly, and has essentially become a meme with stuff like Demi Adejuyigbe’s music videos of the song that are always quite quirky. Why today in September, specifically? Well, it's that first line, "Do you remember? That 21st night of September." If you're wondering, they've said there is no specific meaning to that date, it just works great for the song. Now then, in honor of today, here it is: