"Wheel of Fortune," Fans Are Enraged About Changes for the Latest Season 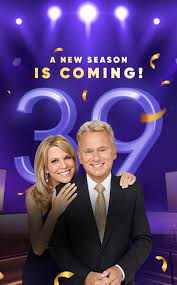 If you're a big fan of, "Wheel of Fortune," you might be an old person or my child, Clarkson. He used to really be into, "The Price is Right," but then developed a real affection for Wheel. The 39th season kicked off this week and there were a number of changes to the music, set design, and rules. Upon seeing all these tweaks I thought, "I bet longtime fans are pissed." I was right. People literally wrote they were, "Distraught," over changes. What exactly changed though besides the jingle and a refresh of the set? Well, a handful of things.

One massive alteration is that Pat Sayjack no longer spins the wheel for the Final Spin at the end of the regular game rounds. Now, the player in control of the board does it as Sayjack said he never liked feeling as if he had an impact on the game, it should've been players. Okay, that's not too much. Also, if a contestant solves all three puzzles in the triple toss-up they get a $4,000 bonus. Not too wild either. For the bonus round, you get at least $39,000 now too, which again seems reasonable. Oh, and the Free Play wedge is gone, replaced with an $850 wedge...what? Now, that's a bit much! 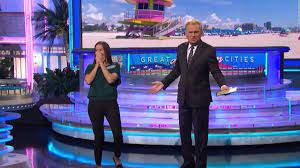 I liked the Free Play spot because it made it possible for players to call a vowel early when they didn't have any money yet or try a risky letter and still be allowed to spin even if it wasn't present. It added some fun strategies to the game. Oddly enough, it replaced the Free Spin wedge in 2009 and people were really angry then too, so I guess the more things change the more they stay the same.

Even with the alterations, the show still feels like, "Wheel of Fortune," without a doubt. I think little fixes now and then can be good and even if they upset me at first blush (like getting rid of free of the Free Space) I think it'll all work out in the end. Clarkson loves watching still, and if he's happy I'm happy.