I Had a Fantastic Time at the ToyMan Show Today! 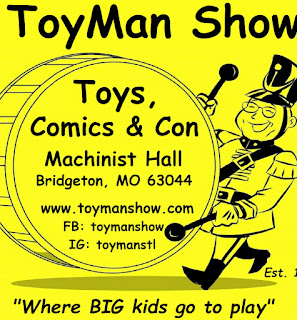 One of my favorite shows to go to whenever it happens is ToyMan. Run by Chris, "ToyMan," McQuillen, it is always loaded with so many vendors and creators it can make your head spin. I saw a lot of my old friends and met some people who were new to me today. I also found some stupendous comics during my browsing of all the stupendous stuff on sale.

I kicked off my time at the show talking with Tim of Tim's Toys and Comics, LTD. His knowledge of comics and the great stuff he sells makes him always a delight to interact with. I then chatted with Dustin who had some awesome comics he was kind enough to sell me for a great price: 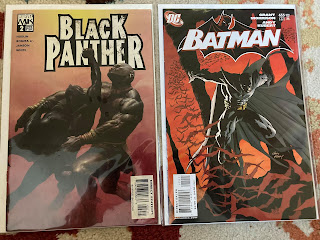 I then was able to run into a bunch of my friends I always am happy to see. Brian Lan was selling wares, Spike of Lost in Space Toys and Collectibles was packing a ton of goodies. I also met The Perler Mom AKA Bethany Leisure. She was making all kinds of awesome creations for sale.

After a bit, I saw my friend Mark who was attending the show (we actually met at ToyMan before, so I have it to thank for a friend), and we talked for a bit. I walked around some more and ran into Tom from Alliance Comics, Toys, and Games who was kind enough to sell me this issue of, "Secret Invasion," the first! Check it out: 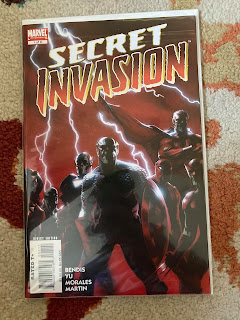 I went upstairs where I was able to visit with a bunch of my favorite authors! I saw Jessica Mathews and Jennifer Stolzer, then I ran into Heroes for Kids who were fundraising for their nonprofit with all kinds of awesome stuff.

As I explored the show I ran into my friend Lindsay Hornsby. Blog readers may recall I met her some years ago at the Saint Louis Mini Comic-Con and had the pleasure of reading her, "Princess Pups," comics. I bought a book collecting all her, "Princess Pups," work and was ecstatic to get more great comics from her! Here's a pic: 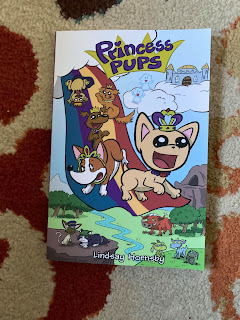 I proceeded to meet two new folks who were great to talk with. I saw Justin of Justin's 3D Prints. He had all kinds of neat 3D printer items for sale. I introduced myself to Trash Panda Studios and admired their magnets while I heard about their podcast.

"Bug," as he is known was at ToyMan selling comics too and had a flyer with exciting news. He is going to be opening a physical location with comics (new & old), toys, games, and all kinds of collectibles. I can't wait! Here is the flyer: 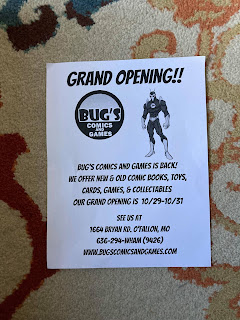 Before I left a bit later in the day I saw my chum Phil of the Comic Grind bus. He's always a joy to speak with and I would encourage you to book his bus for an event where a vehicle loaded with comics would be enjoyable (so anything)! Clearly, this latest ToyMan was an extra-great show with a ton of my favorite vendors and creators present. I had lovely conversations, got awesome comics, and would encourage anyone who is able to attend the next ToyMan show on November 14th!