"Alan Wake," is Being Remastered 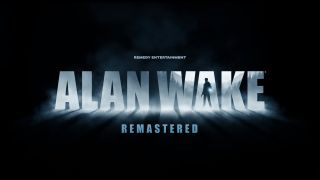 I loved the video-game, "Alan Wake," back in the day. It featured a writer who was haunted by shadowy figures you could only combat by shining light upon them and then shooting at them...so it was a little cliche in combat, admittedly. The story, however, was just wild as you watched this writer fight off his nightmares as they came to life and he had to determine if he was crazy or really combatting strange shadowy creatures. It's by the same studio who made the (first two) Max Payne games I adored, Remedy, so that tells you a lot.

Anyways, I am taking this trip down memory lane because Remedy has signed a deal with Epic to distribute, "Alan Wake," with a remastered version that'll include two expansions, fancy new graphics, and a mode with a creators' commentary. It'll be on the latest versions of the Xbox, PlayStation, and run on PCs too. There is still no word if the kinda-sequel/kinda-short-spin-off game, "Alan Wake: American Nightmare," will be getting a remaster too. Folks have expressed an, "Alan Wake," remaster is exciting news and I agree. I don't play video-games nearly as much these days but if I ever get a PS5 or such I'll be sure to dive back into this game.