It's Independence Day...For What That's Worth This Year 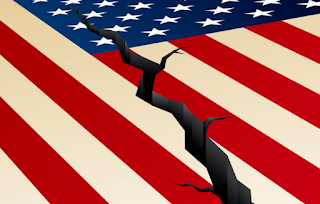 Today is July 4th, Independence Day. I don't feel like there is much to celebrate in America this year, unfortunately. The Supreme Court is doing its best to destroy any progress our Nation has made in the last half-century (look at abortion, the environment, and so forth) with a fascism-obsessed GOP cheering it on. The Democrats seem more interested in discussing civility and compromise than actually realizing Republicans want to end any semblance of democracy, separation of church and state, and basically ban being LGBTQ+. The economy is a mess, gas prices are bad, COVID-19 still is a concern as much as folks want to pretend it isn't, and gun violence continues to run rampant (in case anyone forgot about that). Meanwhile, we have a former President who clearly encouraged the January 6th insurrection but somehow is still walking around free instead of in Prison for treason (Donald Trump was the worst President ever, I don't know how anyone could beat how horrific he was). Things are bad in America, yet despite all odds, I still have some hope.

I'm not proud of what my country is, but I'm hopeful about what it could someday be. If we can build off of the foundation we were given to make something great our Nation could be amazing. Right now it feels like the good ship America is going down in flames, sinking at a shocking rate. We are definitely at a low point as Nation, but I believe that stuff can get better. Some of the most awful people in power need to be voted out or they'll cling to power until they die of old age (seriously, look at some of the GOP and how decrepit, ancient, and hateful they are). We also clearly need to consider packing the Supreme Court, Biden needs to actually exercise some Executive privilege to fix a chunk of the messes going on, and basically, something has got to give as shit needs to change. But yeah, happy July 4th of 2022, maybe 2023 can be an improvement.