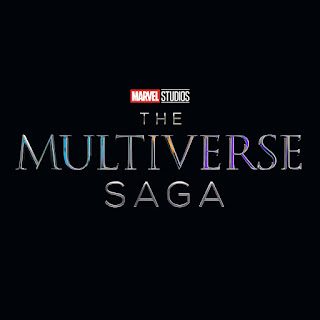 Marvel had its big Hall H panel last night at Comic-Con International/Sand Diego Comic-Con. They announced what felt like everything and the kitchen sink whilst also making it clear some more announcements would come later. We are currently in phase 4 of the cinematic universe and phase 5 was wholly laid out along with a big chunk of phase 6 basically making it known that by the end of 2025 we would see the entirety of, "The Multiverse Saga," with everything basically culminating in two Avengers flicks during 2025, "Avengers: The Kang Dynasty," and, "Avengers: Secret Wars." A lot of us saw that, "Secret Wars," coming (myself included in a recent post), but it is appreciated for Marvel to make it clear what the over-arching plan is after lots of folks had been wondering what precisely the flicks and Disney+ shows were leading up to--if anything specific.

Basically, Marvel showed up and said, "You want to know our plans? Well, here's an overview of what the first half of this decade is going to look like, MOFOS! We've got Daredevil coming back, Kang is gonna cause trouble, we've got a Fantastic Four flick, we'll be doing wild Multiverse stuff, and before all that phase four is going to close strong with, 'Black Panther 2,' looking absolutely awesome. Open wide for this loaded cocktail of content, suckas!" The MCU's guiding hand, Kevin Feige, showed up and made it clear Marvel has a plan, one that will probably rake in the dough too. I have gotten to a point where there is just so much stuff coming out from Marvel I don't always have time to see it all, but I watch what appeals to me and some of these announcements are quite promising ("Blade," finally has a release date, which I like and a, "Thunderbolts," movie was confirmed). 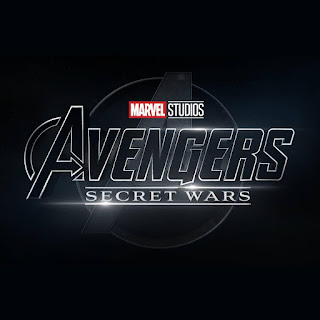 Marvel essentially stole the show this year at CCI/SDCC. You almost feel a little bad for DC as, "Black Adam," and the new Shazam movie both look fun, but one company showed up with a metaphorical lunchbox that had some snacks in it and the other arrived with a fully catered meal, so to speak. It's going to be an interesting next few years for Marvel when it comes to their movies and shows, that much is very clear.

Posted by David Charles Bitterbaum at 9:36 AM