Film Friday: What Exactly Do We Want From the Marvel Cinematic Universe?

It used to be people complained that the Marvel movies were annoying because someone had to watch them all to be able to follow the big, "Avengers," event movies. Then we had the climax of all the flicks in the form of, "Avengers: Infinity War," and its sequel, "Avengers: Endgame." After that big flick we entered what is known as, "Phase 4," of the franchise and folks now are concerned about an opposite issue--how does everything connect and what is it leading to? Folks, what exactly do we want from the Marvel Cinematic Universe? Would people prefer that all the Marvel movies (and now Disney+ shows) were closely linked in a way where everything, "Matters," and they're leading some insane mega-event? Is it better if each property stands a little bit alone to where you can skip some movies or shows and they just tie in loosely with the big cinematic tapestry? When it comes to reading the comics you don't have to pick up every Marvel title--and it would be silly to do so with all the stuff they publish as it would take a ton of money and time. You follow the characters you like or creators who make good stuff and don't worry about the properties you have less interest in. Maybe you read an event sometimes and don't get the entirety of it because you skipped on some comics, but you're still happy and entertained. Perhaps the MCU is entering that kind of era now. I mean, ever since Disney bought Marvel it should've been obvious they'd want to make as much money as possible from it. 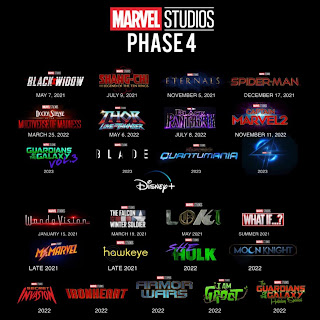 Should you want a more horror-influenced experience you can watch the new Doctor Strange flick. Into teenage drama and comedy? Check out, "Ms. Marvel," which I've heard is fun. Love Hawkeye? Well, they even made a show for you. If you want to watch a show that combines heroics and legal cases, "She-Hulk," is on the way too. There is just so much coming out from Marvel that it can feel overwhelming if you want to try to watch absolutely everything as opposed to just things that really hold your interest. Plus, I think it is clear Marvel is building up to something big for those who want a major event. 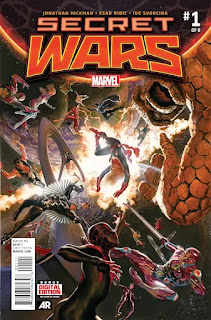 I (and others online) think we are heading towards a, "Secret Wars," similar to the 2015 event, featuring various Universes in the Multiverse going against one another. Whether the, "Baddie," will be the previously introduced (in, "Loki,") Kang, a rumored Doctor Doom, or someone else remains to be seen, but I get the feeling that is what's coming--and it should be fun! I'd probably watch a big epic fight between the Multiverse, but I don't feel obligated to tune into every Marvel property leading up to it. We as fans need to figure out what we want from Marvel. Some people want a highly interconnected yarn and others just want to be entertained by the stuff they choose to watch. Marvel needs to figure out how to balance the two, I suppose, and then it can continue enjoying immense monetary success.