How Exactly is a Dinosaur like, "The Joker," Colin Trevorrow? 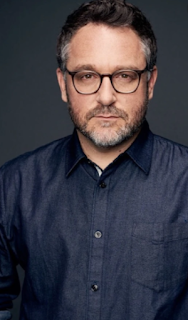 Remember when the, "Jurassic Park/World," franchise was about how humankind's desire to make a quick buck resulted in them attempting to create a park full of dinosaurs that failed--once before it even opened and another time when a genetically modified dino wreaked mayhem? Yeah, simpler times. Now we've got a dinosaur that is being compared to The Joker in, "The Dark Knight," because, "He wants to watch the World burn." A Dinosaur, a creature that should operate on primal urges, apparently is also a criminal mastermind. It is a Gigantosaurus, and it is apparently the, "Bad guy dino," of, "Jurassic World: Dominion," according to director Colin Treverrow.
Treverrow directed the first, "Jurassic World," which despite having a number of flaws was overall a pretty good time in my opinion. Then we had the weird-but-not-bad, "Jurassic World: Fallen Kingdom," with director J. A. Bayona, who gave us almost kind of a strange horror movie at points and set the Dinosaurs free into the World at the end. Now Treverrow is back and giving us a weird yarn about the dinos coexisting with humans--not very well--with the old and OG cast working together to solve this mayhem. Apparently, the dinosaurs are crazy villains now too for some reason--I guess more genetic meddling? It is just an odd statement. I'm still hopeful for a good flick as when I rate the, "Jurassic," films I love the original the most, then, "Jurassic World," comes in second. It is just such a weird phrase to say about the movie.
Oh, and in case you want the full ranking:
1. Jurassic Park
2. Jurassic World
3. Jurassic Park: The Lost World
4. Jurassic World: Fallen Kingdom
5. Jurassic Park III
Posted by David Charles Bitterbaum at 11:01 PM