The Big River Comic-Con of 2022 Was an Absolute Blast!

The Big River Comic-Con of 2022 has wrapped and as with any other time I've attended, I had an incredible amount of fun. There were a bunch of attendees with some in incredible cosplay and others in regular clothes who were simply excited to check out comics and toys and more! I attended Friday afternoon when it kicked off and I was there a bit of Saturday too! I started the show off by saying hello to my good friend Alex the Comic Hoarder. We were able to cut a deal trading comics and I think we both walked away pleased! Here he is posing with some of his wares: 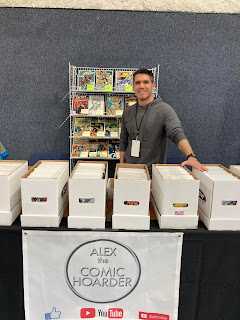 I saw my chum Jack of Fortress Comics too. He had a wild assortment of superb books and was a treat to chat with as always. He posed with some of his lovely comics for me: 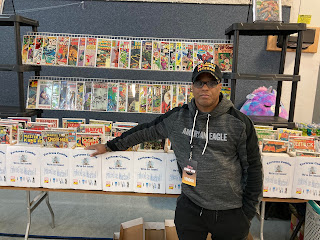 There were some big celebrities at the show! UFC Hall of Famer Matt Hughes was happily chatting with fans and signing all kinds of cool memorabilia. He can be found on his Instagram! He was kind enough to pose for a picture: 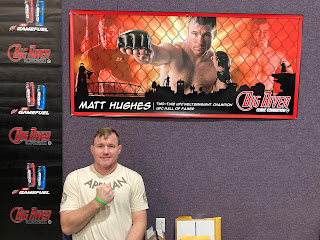 I also had the pleasure of chatting with Austin Tindle, who has voiced a ton of anime characters! Here he is kindly posing with his banner: 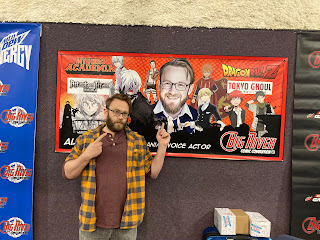 Michael Biehn was another guest at the show. I know him best for, "Terminator," "Aliens," and how he was the voice of your character in, "Far Cry: Blood Dragon." He was so busy chatting with tons of fans I didn't have a chance to snap a photo, but it was great having him at the con!

The good folks behind Rebel Scum made my acquaintance and I admired a ton of awesome comics they had brought. I also talked with the founders of the Nerd it Up Store, who will be opening a physical location in Gerald Missouri this May! I bought some cool comics from G&K Collectibles as well, who were fun to talk with about what various comics have been getting popular for one reason or another. I saw my friend, the talented author Amy Hale, who was there promoting her awesome books, and snapped a pic of her: 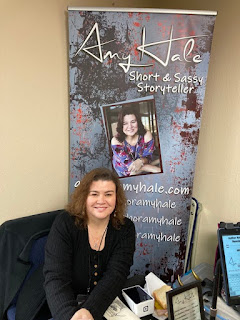 Author Brian K. Morris was present and he had fun catching up since I'd seen him. He was sitting at a table with his stellar assortment of titles. He let me get a picture: 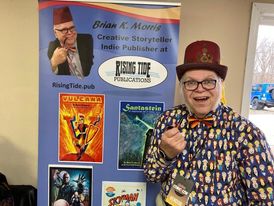 Great River Collectibles had a slew of fun toys and collectibles--as their name would promise. Muddy River Comics had some really cool titles as well which were fun to dig through. Heroes for Kids were raising funds and awareness too. I got this picture of them: 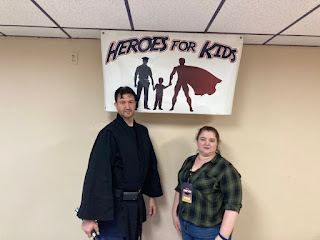 My friend, author John L. Davis IV was at the show as well with his great books (I forgot to get a pic). There were plenty of other vendors too whose names I did not manage to get, but I loved chatting with everyone and getting awesome wares. I purchased this super cute, "Cookie cat," shirt for my wife without even knowing what it was from beyond it looked cute (it is a reference to the show, "Steven Universe," I later learned): 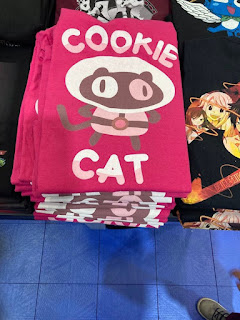 On Saturday (earlier today) there were a bunch of cosplay contests for all ages (and some pets) plus panels with the celebrity guests. It was a super busy Saturday with many spectacular cosplay outfits and eager attendees. I left in the later afternoon and the show just wrapped a little under two hours ago. I always look forward to the Big River Comic Convention as it is incredible fun! Between the guests, events, superb comics, and other awesome stuff for sale it is--as my title said--an absolute blast! I'm already pumped for the show next year and as soon as official dates are announced I'll be putting the next show on my calendar.