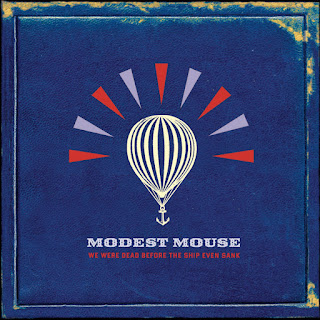 Tatiana Tenreyro of the AV Club had an article discussing Modest Mouse and how their album, "We Were Dead Before the Ship Even Sank," was arguably the best thing they made in a post, "Float On," era. That is a reference to how the song, "Float On," on the previous LP became a massive hit and basically gives us a Modest Mouse separated into an era before that song and after. "We Were Dead Before the Ship Even Sank," was the LP that came right after the massive success of, "Float On," and it doesn't try to replicate that song, it does its own thing and is an amazing album for it. I completely agree with Tenreyro that it is a fantastic album and I'd argue it is the best thing Modest Mouse has ever made, in their whole career. I've listened to more recent stuff, but back in 2007 it was a great time, and nowadays is fantastic too. Anyways, now that I'm thinking about it this much I guess I need to give it a listen again!

Posted by David Charles Bitterbaum at 10:16 AM