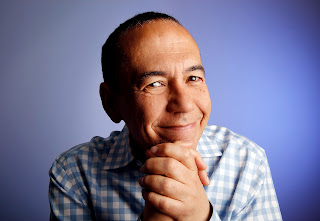 Gilbert Gottfried has passed. The statement of his passing mentioned a, "Long illness," and some sites think it was related to a heart condition. Regardless of the cause of death, he led a long and often hilarious life. I was a fan of his as a kid and an adult. He did child-friendly things like voicing Iago in, "Aladdin," and a guest appearance on, "Are you Afraid of the Dark?" He also was at one point the voice of the AFLAC duck, but certain jokes upset the company and they fired him from the gig. Speaking of edgy jokes, Gottfried excelled at those too. He basically tells the best/dirtiest joke possible in a clip of him from, 'The Aristocrats," but was apparently still a, "Big softie on the inside." Whether he was doing stand-up, performing in a movie, or appearing on, "Flea Market Flip," of all things (I love that show) Gottfried was an intriguing guy. He will be missed.