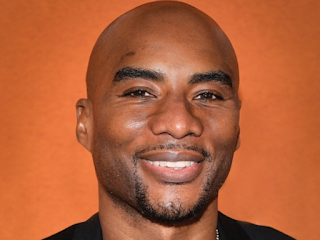 I'm a big fan of the radio show, "The Breakfast Club," which has Charlamange Tha God as a host. I also really enjoyed, "Tha God's Honest Truth," a show he hosted and which will be returning for another season this Summer. He's discussed his fondness for comic books on multiple occasions and now is going to be getting into the comic-book business. Charlamange will be working with Simon and Schuster as well as AWA to develop ideas and get talent to create various titles. He's already tapped Kevin Grevioux to do a new graphic novel for Simon and Schuster called, "Darkstorm," about, "...a reluctant superhero with PTSD who is seen as an anti-hero except to those who know him best."

That synopsis sounds a little generic but Grevioux is a good writer so I'm optimistic about it. A comic that will be coming from AWA  is, "The Vindicators," and it centers on a, "...diverse superhero team and a relatable origin story set in a bleak dystopian future." I've enjoyed other stuff by Grevioux that I have read and I am a fan of Charlamange's work so my interest is quite piqued in all of this. I look forward to reading the upcoming comics and imagine Charlamange will discuss them on his radio show and when his television program returns.