Reminder: Andre 3000 Owes Us Nothing 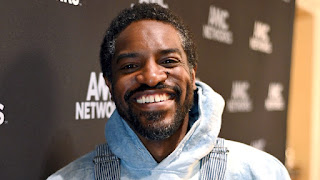 Andre 3000 has basically retired from rapping. He will be on the soundtrack for the new film, "Everything Everywhere All At Once," but he will be listed as Andre Benjamin and is not spitting any bars. He will be playing his flute on four different tracks. I know we want Andre to rap more, but as MIC put it, "ANDRE 3000 AND HIS FLUTE CAN DO WHATEVER THEY WANT." Andre is hip-hop royalty and a cool guy. If he wants to rap again, he can. If he wants to basically be done doing so, that's fine too. When he was in OutKast he gave us some amazing work (I've written about their stuff a lot) and he has been awesome in various movies and other projects as well. I'd love it if we ever got another OutKast album (by all accounts Big Boi is down to do another one), but it is okay if we don't. Andre 3000 owes us nothing.