My Thoughts on the First Missouricon! 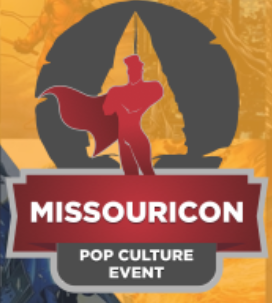 I was able to attend the inaugural Missouricon today and shall offer my thoughts on what I liked and what was less than pleasing. Overall, I had a good time and the con shows a lot of promise for future events!

I will start by saying the location of the event was quite nice! The Holiday Inn Downtown was fresh, spiffy, and the event rooms and show floor were lovely. I should also say that the show was significantly smaller in terms of the number of vendors/creators/guests than a chunk of other shows I've been to. I could understand if someone went to Missourcon expecting something really big and was a bit let down. That said, the sellers, creators, and special guests who were present were all delightful. I kicked off the show chatting with Geoff and another young woman there with him. Here they are: 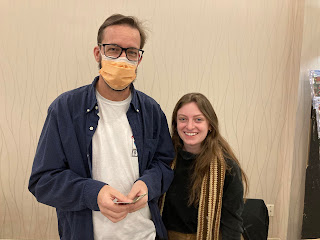 I was able to get some cool comics from them too. Check out what I bought for some very fair prices: 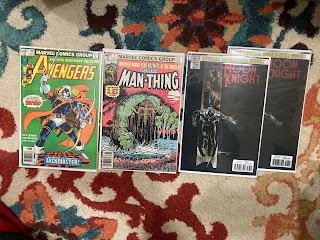 I proceeded to chat with my friend Vince of VK Toys who was at the show selling a bunch of awesome stuff. He always brings snazzy comics. The neatest stuff he had I currently was not in need, but at a future show I see him at I imagine we'd cut some more deals. After I hung out with Vince I walked over to the table of Dwayne Cameron and met him. Here he is: 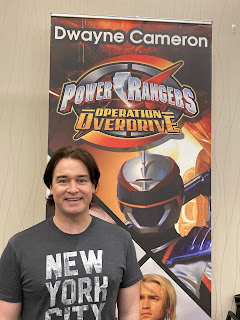 Dwyane is an actor, writer, director, and visual artist who is known for a variety of rules including being a Power Ranger and starring in, "211," with Nicholas Cage. You can find his site (with links to all his social media) at this link. He was lovely to talk with and I hope to see him at future shows!

After talking about movies and comics with Dwayne it was about Noon and the crowd was really picking up and having fun! I visited another vendor's booth, Absolute Comics. Here are the gentlemen: 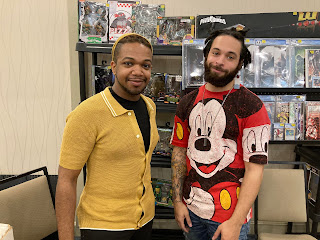 They had the more expensive, "Wall books," and also brought my favorite thing to root though, discount bins of (in this case) 50 cent comics. How can you say no to 50 cents for a comic? I got some that way and paid a bit more for a fun Gwnenpool variant cover. Here's what I purchased from them: 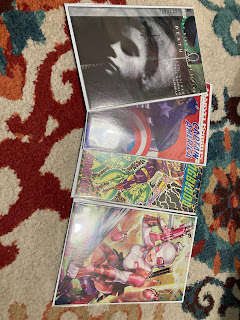 I had the pleasure of meeting Coffee Allen who was showing off their artwork and had a sign saying they could do sketches. I love getting folks to draw Moon Knight for me and was happy they said they'd do so! The final result was quite cool: 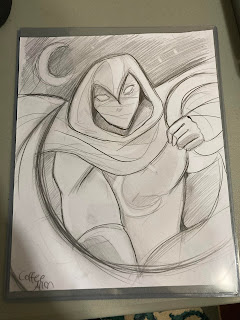 Next up in my walking about the show I ran into a vendor known as Dark and Weird. They were selling everything from knick-knacky items, to books, VHS tapes, trading cards, and more. I bought a cool old weird tape from them and some, "Batman Returns," trading cards. Observe: 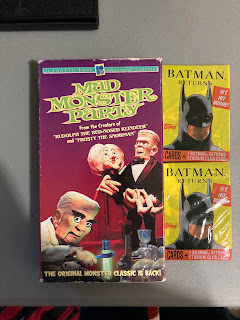 There were other snazzy guests at the show but Sam De La Rosa's table was always so busy it was hard to say hello! I left the convention in the afternoon and having spoken with some friends who went we all would say Missouricon had a good first year. It was definitely a little smaller but has a ton of potential to keep growing and get even more cool guests, vendors, and creators. I thank Missouricon for letting me come as press and look forward to future shows which I'd be excited to write about!