A Prediction About, "Star Citizen," As It Gets More and More Delayed 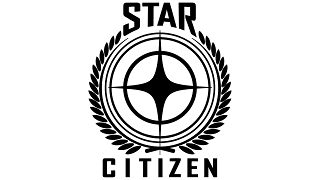 "Star Citizen," is a game (kind of multiple games that form one mega-one in theory) which continues to be in development...well, not necessarily Hell as that is an actual place and I am unsure how much of an actual place, "Star Citizen," can say it is in with the goalposts always in flux. I wrote about what a mess it is previously and nothing has gotten better. Now any exact development roadmap is becoming even vaguer as the game enters a decade or so of unfulfilled promises and being a barely playable alpha-state mess. Thankfully, the real villain is clear: The upset fanbase? Yep, the developer of, "Star Citizen," has said a certain contingent of loudly perturbed fans is the true problem. Okay, sure. Anyway, I have a theory about this game that actually popped into my head after news about a different game.

"Star Citizen," started development properly in 2011 according to my Googling. "Grand Theft Auto V," came out on the Playstation 3 and Xbox 360 in 2013. It has been re-released on multiple generations of consoles (as well as the PC) and people have been waiting what feels like forever to hear an announcement about, "Grant Theft Auto Six/6/VI," or however it is written. People wondered if it would ever be made. Well, Rockstar actually announced this week that yes, they are working in earnest on GTA6 but can't give an exact release date or anything yet. It is a ways off, in other words. That said, I still predict we will get GTA6 before, "Star Citizen," is in anything resembling a complete state. 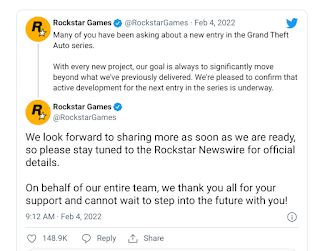 Some people may say I'm comparing apples to oranges as these are different games, different studios, and all that jazz. I don't care. "Star Citizen," at this point has taken in such absurd amounts of money (over 400 million dollars and GTAV cost a comparatively tidy 265 million to make), has such a supposedly big team, and been so relentlessly delayed that I actually feel comfortable comparing this title that barely has anything playable to another game that people thought could very well be a vaporware rumor until this week--and I'm putting my money on the game we all know nothing about as I have that little faith in, "Star Citizen," ever being considered as existing in an actual, "Ready for release," state where you could buy it on STEAM or something without an, "Early Access," disclaimer.

I would bet someone $60 (what a big-name finished game usually costs these days) that I can put my eager mitts on GTA6 before, "Star Citizen," comes out--I trust my prediction that much. If you want to take that bet I'll give you my PayPal/Venmo/Cashapp/whatever and you can just send me $60 now because you'd be a fool to even accept my wager. In closing, it would be smarter to invest in actual space travel to other planets right now than it would be the fictional ones of, "Star Citizen." You have a better chance of concrete results attempting to get to Mars, I think. It might very well end up costing less if estimates I read online are to be trusted as it would be a little under 3 billion to reach Mars safely with humans, it is thought. "Star Citizen," already has 13% or so of that covered already, so there you go.