What is this, "Substack," Comic Creators Are Talking About? 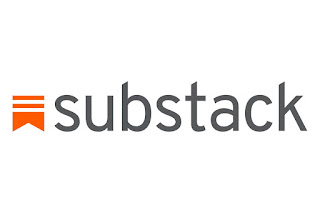 If you like to follow specific comic creators you may have heard about more and more doing something called, "Substack." Scott Snyder revealed he signed a lucrative deal with them, James Tynion IV just announced he'll be leaving his work on titles such as, "Batman," to focus on creator-owned works for various publishers and Substack. Jonathan Hickman is involved. What is Substack, though?

Substack is basically a paid newsletter. It can have essays, articles, and whatever else along with comics. When it first emerged on the scene the focus was as a way for journalists to earn money for their hard work creating informative content, but then Nick Spencer spearheaded a new initiative. He came to Substack with an idea where comic creators will make comics for subscribers and these creators will be paid by Substack while keeping ownership of their work. Creators get a bunch of subscription revenue, Substack takes a small cut, and followers of creators they like get a steady stream of quality comics delivered to their inbox. As Comicsbeat details, there is a mixture of excitement and dread from all this.

If you like digital comics this is interesting. If you prefer physical comics, it maybe doesn't appeal as much. Should you be a huge fan of a certain creator who is moving towards Substack you might feel tempted to subscribe. This could be the next huge thing or it could implode horrifically. One thing I and others have noticed is that this is mainly people known for writing comics now making the newsletters. They will have various popular artists working on titles with them and those artists will have ownership of the comics, but the, "Name," attracting subscribers is a comic-book writer. One exception to this is Molly Ostertag, but a lot of the folks are primarily writers (yes, Hickman drew some of his earliest work, but he hasn't illustrated many things beyond his interesting infographics for some time).

So, there you go. Substack is a paid newsletter service that has attracted some popular comic-makers with some juicy deals. Now we wait and see if the subscribers will be there to justify all this.