Tim Drake is Bisexual According to a New Comic 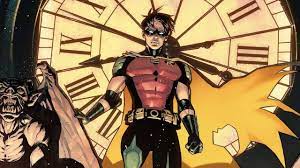 The Batman family has a little LGBTQ+ diversity with Batwoman (Kate Kane) having been introduced 15 years ago (I feel old writing that) and now Tim Drake has been written with a moment where his bisexuality is revealed to readers when he accepts a date with another fellow. This happens in, "Batman: Urban Legends," #6. I think this is good for a few reasons:

3. Bisexual individuals in comics (and lots of media) often seem to oddly be villains or anti-heroes, Tim Drake is a full-on hero. 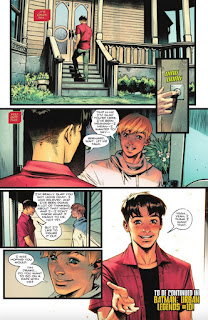 Tim Drake is my second-favorite person to be Robin, with Dick Grayson being the OG, then Drake, then everyone else tied, and Jason Todd dead last (though I've liked him as Red Hood these past years). It is neat we now have another interesting element about him to enjoy reading about!