It's Always Confusing When a Radio Station Suddenly Changes 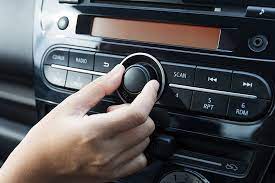 There is a station here in Saint Louis that seems to constantly be changing what it broadcasts. It is 104.9 and it is a mess of a station. It was Majic 104.9 and broadcast R&B, then it was Alt 104.9 and it played alternative rock and had the Woody show in the morning. Back in July of 2020, it changed back into Majic 104.9 but just a bit over a year later it is now, as of today, a conservative talk radio station known as the Patriot.

There is little more annoying than getting used to a radio station being one thing and then it changes into something completely different. I like R&B and alternative rock and punk so while it was jarring it kept flip-flopping I was cool with it. Now, there is not even music, just jerks like Jamie Allman (who got fired from another station for making threatening comments to a school shooting survivor), Glenn Beck, and Sean Hannity. Yeah, a real bunch of winners there. I know if a station isn't getting enough listeners or having trouble getting sponsors things maybe need to change, but it is always jarring when that happens and I was very confused this morning when I checked what was happening on Majic--excuse me--the Patriot.