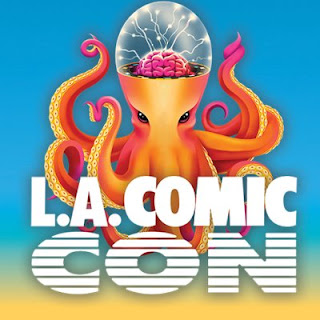 Hey, Los Angeles Comic-Con. Yes, I'm talking to you. I heard that despite the pandemic going on--you know, the one that has decimated the World--you plan to actually have a large comic-convention. I just wanted to tell you that this is a really bad idea. If COVID-19 were non-existent or even relatively controlled I could get behind having a show. After all, I love comic-cons, big and small. That said, delaying your show from late-October to December 11th-13th doesn't make things any safer.

You can state you'll have extensive safety measures, but you're still putting a ton of people in a small space (regardless of how you plan to expand the convention area and stagger sessions of attendees), and if something goes wrong--which there is a high probability of--you've created a super spreading event. I will repeat my point again: This is a bad idea. We all miss comic-cons but we shouldn't risk our health and safety or the lives of others just to have some fun. I hope you listen to the experts, general folk like me, and simple common-sense. Don't do this show during a Worldwide pandemic. It's hella dumb.