They May Have Sadly Finally Stopped Making Games for Wii 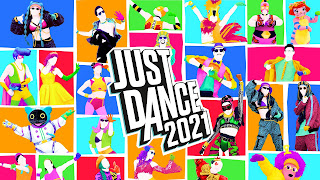 The Nintendo Wii launched in November of 2012. It had a very unsuccessful follow-up, the Wii U, which after that had the extremely successful Nintendo Switch enter the scene. A rollercoaster of success-failure-success, frankly. Meanwhile, however, everyone kept making games for the Wii. Just less and less. Then the only big-release game left for it was, "Just Dance 2020," which came out in November 2019. In 2020 there has been a special release of, "Retro City Rampage," and, "Shakedown: Hawaii," for the Wii, but they were region-locked to European consoles as North American production of Wii games had basically stopped. Hence, it was tragic but expected to hear that, "Just Dance 2021," is most likely not getting a Wii edition.

"Just Dance 2021,"  will be the first-ever, "Just Dance," game not also available on the Wii and the fandom of the game which owns Wii consoles and likes being able to play the year's hottest tunes on it is upset. Like, upset enough there is a petition for the publisher, Ubisoft, to find some way to release the game for the Wii. I understand to a certain degree--old tech is old tech and it can be more expensive to make things for outdated technology than newer stuff with less of a monetary return--essentially planned obsolescence making itself known. Even if I understand it is kind of a bummer though, as we enjoy playing all the, "Just Dance," games on our Wii.

Posted by David Charles Bitterbaum at 11:52 AM