Yet Another Streaming Service? Really? 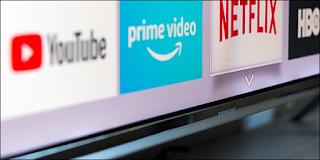 Hey you, remember when the idea with Cable was that you could pay one flat fee and get a whole lot of content? Remember how eventually it got broken-up into various tiers of content, followed by other, "Premium," channels and then stuff got so fragmented it pissed everyone off? I remember.

Oh, hey you, yeah you again. Remember how when the idea of streaming shows kicked-off it was just one or two streaming services that allowed you to get all the content you want in basically a single place, much like cable was early-on? Yeah? I imagine you notice now how with all these different individual streaming-services that carry different fees and have differing content it kind of feels like the pain of when cable got so fragmented, doesn't it? It is annoying as Hell to think you need to get on one app for their exclusive program and then switch-over to another for reruns of a show you love, and yet another for some other damn show and now you're paying more than you ever did for cable just to get the handful of programs you like. Well, I have news. No, it is not good news, it is just news. We're getting another streaming service! 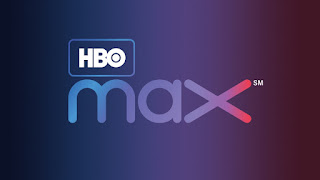 Say hello to HBO MAX and then after, "Hello," feel free to go, "Hell No." Now you'll be able to enjoy/despair over a bunch of content owned by Warner Brothers being exclusive to yet another streaming-service you have to shell-out dough for. You can now pay to access certain shows from the CW that won't be coming to other streaming services that used to carry the shows, like that upcoming, "Batwoman," program. There will be exclusive content too you'll have to get this service for, and Netflix is going to lose the rights to, "Friends," so if you ever want to be able to (legally) stream that again get ready to buy HBO MAX because could you be anymore tired of this shit? Oh, and there is HBO too, obviously, so who knows how that affects the standalone HBO-streaming service.

Yes, this is truly a brave new world we are entering. We'll be able to enjoy watching, "Orange is the New Black," on Netflix, then switch to Hulu for some of, "The Handmaid's Tale," followed by activating our Disney+ to watch a classic Disney cartoon, then we'll start streaming HBO MAX to catch-up on, "Westworld," before we turn-on Amazon Prime's service for some, "Good Omens," and then our smart-device explodes in our hands from the sheer stress of all these damn services existing with me having not even named all the most notable ones (CBS All Access, YouTube Red, countless more niche services)!

At this point it might actually just be cheaper to have Cable with a DVR and to pirate your favorite streaming shows (I don't endorse this at all, I'm just observing the costs). Hell, it might even make more sense to just buy a DVD collection of a one of those streaming-shows whenever they sometimes come out as paradoxical as it sounds for some folk to be buying DVDs nowadays. I'm sorry if I sound snippy, but I feel like this whole war of streaming services is turning into a huge mess where the biggest victim is the consumer.
Posted by David Charles Bitterbaum at 6:56 PM