Summarizing the Stuff at CCI/SDCC I Found Interesting 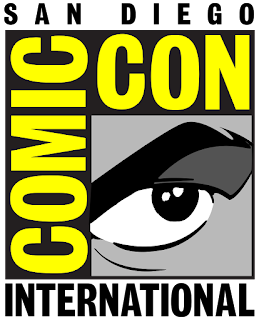 Comic-Con International AKA San Diego Comic-Con has come and gone, leaving in its wake a bunch of exclusive stuff being sold at a big markup (people love those Lego mini-figs) and an assortment of announcements to mull over. A lot clearly happened, and I found some of it interesting. Here, in handy bullet-point form, is some stuff I thought was neat:

It was clearly a big show, and lots more happened, but that was all the stuff that immediately comes to my mind as having an opinion about. Now the city of San Diego has a whole year to clean-up the mess left behind before doing it all again.
Posted by David Charles Bitterbaum at 9:22 PM