They Say Seven is Lucky 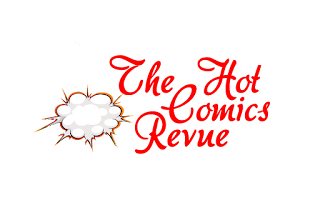 It is time for the seventh edition of my occasional segment discussing the hot comics out on the shelves. I always have got to give props to my friends at Comics Heating Up for the idea to do this piece, and I refer everyone to them for discussion of upcoming books to speculate on (I'm just talking about ones that are already out). They say the number seven is lucky, and I suppose if you got some of these books before they got hot you're a pretty charmed guy/gal, right? With that said, let's examine a comic that is steadily warming-up, two red-hot books, and one with some steamy potential. 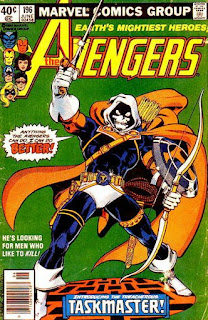 Avengers #196
The first full appearance of Taskmaster (he has a cameo at the end of #195) and his first cover appearance. This book has always been notable for fans of ol' Tasky, whom I admit to having a soft-spot for when he's written-well. However, the book is getting warmer thanks to increased rumors he will be playing a role in some form in the, "Black Widow," movie that near as everyone can tell is a prequel due to how things go for Natasha in, "Endgame," which is...um...she doesn't finish the movie in the best condition. Copies have been seeing an uptick in value as supposed on-set photos of a potential Taskmaster outfit (before it has all the post-production features) have leaked. Also, there are rumors the finished costume may skew closer to his, "Ultimate," style, which has helped bump-up sales of, "Ultimate Comics Spider-Man," #26 as well. Even if his look is a bit more like that iteration however the first-ever appearance of Taskmaster will most likely be the hotter book, and as of now it shows plenty of signs that it'll keep getting warmer. I have one I actually got pressed and sent to CGC, so in my opinion the book is worth grabbing! 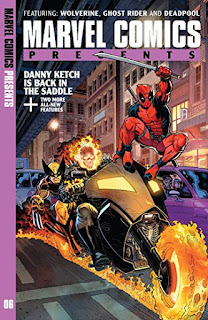 Marvel Comics Presents #6
Released last week this title has gone absolutely nuclear thanks to it featuring the appearance of a new character who is ostensibly Wolverine's daughter (the internet has said she is named Rien). Within seven days the book is trending for anywhere from $50-$60 easily, and if bundled with issue #5 that has a cameo appearance of her (a $20 book on its own) sales are nearing $90 with ease. Whether Rien becomes an established and popular character (like X-23) or fizzles out as some of Wolverine's other relatives have remains to be seen, but for now this book is worth grabbing and flipping! 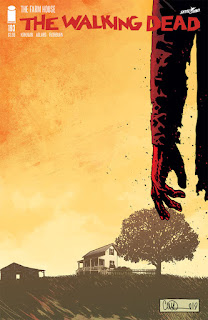 The Walking Dead #193
Yesterday I wrote about how this is the surprise conclusion to the series and as nobody knew it was coming the book had less-than-massive orders you'd expect should folk had known the end was coming. Right now sales are hovering in the $30-$40 range and could increase some or eventually settle down if there is a long wait for any (presumed) follow-up series which would result in reduced interest most likely--often when a series ends demand dies down.

A Book With Steamy Potential 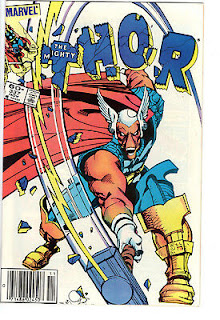 Thor #337
The first appearance of Beta Ray Bill, a space-alien who surprised many readers when thanks to how spiffy a guy he was Thor's hammer could be picked-up by him. Already a pretty hot book, more and more rumors keep circulating about him having a role in, "Guardians of the Galaxy 3," although as that movie is still a ways off and it is unclear how large or small a part he could have in the flick, this book is smoldering with potential to get really hot, or just keep its general solid popularity thanks to the famous Korbinite having a cult-following.
Posted by David Charles Bitterbaum at 9:00 PM