Let Me Get This Straight: NOW A Bunch of People are Worried About Russia and Their Privacy? 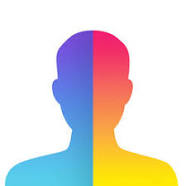 Let me get this straight: A bunch of American citizen had zero cares about the idea Russian tech-experts were manipulating Facebook and other social media in an effort to influence the 2016 Presidential Election, but now suddenly are up-in-arms because pictures of them looking extra-young or extra-old might be in the hands of--you guessed it--Russia? That is the saga with this FaceApp that has been getting press. Apparently if the dumpster-fire candidate you want to win (Donald Trump) gets elected and his being in power doesn't negatively affect you because you're White and Christian, who cares if a foreign power interfered? Once these same carefree individuals suddenly find they could be affected by a foreign power (due to it having a whole bunch of personal pictures they consented could be used for anything because they did not read the terms and conditions of the app) however, well that is a travesty. I know tons of people may have downloaded this app who are concerned about privacy and foreign powers interfering in our politics, so I am by no means being sarcastic at them, my scorn is for all the folk who just loved the idea Russia helped get Trump elected but now are terrified.

I guess if Russia put your favored politician in power you don't care about the immigrants in concentration camps, persecution of LGBTQ individuals, or the destruction of a woman's right to choose. If Russia can take your smiling face and theoretically use it on a billboard, in an AI program, or make a deepfake where it looks like you're having raunchy sex with someone else however, suddenly you care about foreign powers with close ties to companies that do a lot of work in social media and social apps. Funny how that works, isn't it? Now a bunch of people suddenly are mad and care about how outside forces can influence our lives because that silly nude selfie they took to see what they would look like as a naked old dude/lady is in the hands of Russians who can do all kinds of terrible things with it. We started running a metaphorical tab when many people shrugged at foreign powers getting into our Facebook, Snapchat, Instagram, and other social-media apps. Now just one instance has occurred of the check coming due and folk are scoffing at the bill indignantly. They get none of my sympathy.
Those people who wore shirts in public that said they would, "Rather be a Russian than a Democrat," can shut-up and accept it as the chickens come home to roost. Your President and his party isn't going to do anything about this, with Democrats actually expressing concerns about privacy, but Trump staying interestingly mum about a Russian tech company with possible Russian political ties doing all this shady stuff with their FaceApp. In the end, the thing that gets me is how could someone not be suspicious of a program as blandly named as, "FaceApp," considering all the scam/spam apps with equally weirdly-simple names? This is such a mess, as America seems to be daily ever since Trump assumed power.
Posted by David Charles Bitterbaum at 7:16 PM

Email ThisBlogThis!Share to TwitterShare to FacebookShare to Pinterest
Labels: America is doomed, Apps, Donald Trump, FaceApp, Let me get this straight, news, politics