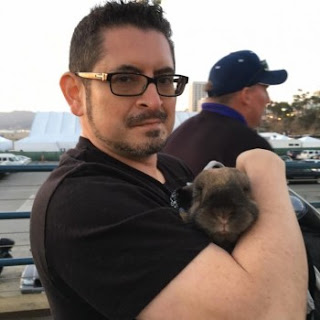 Since 2012 an editor at DC Comics named Eddie Berganza had been known as a serial harasser of women. He had supposedly been punished and gone through training to prevent re-offending and DC had also taken an effort to reduce the risk of any trouble occurring by not having women work with him in the Superman editorial office. You read that right, a company bent-over backwards to keep women away from a harasser instead of--you know--doing something about the harasser himself. As for why, because apparently Berganza was considered too valuable to fire. Bleeding Cool reported on Berganza on multiple occasions but nothing ever happened. Then, Buzzfeed released an article about him and suddenly DC cared so much they went and suspended the guy, with the latest news being he's fired. So you see, a man who harasses women will in fact face consequences....if the company he works for finds itself getting enough bad press.

I know Bleeding Cool is thought of as a bit of a tabloid in the field of comic-book journalism, but for how many years did they talk about this asshole and their news bounced off of him like he was Teflon? Then suddenly a more mainstream outlet reiterates old claims and throws in some new ones and just like that DC is sooooo shocked and ready to fire the guy? I already said people in positions of power who abuse that power to take advantage of others are the worst kind of people, so what does that make the power structures that do nothing to stop them? The answer to that question is: Really shitty.

It seems in so many places of power--politics, Hollywood, and in this case, comics--that people get away with doing terrible things and everyone in that area turns a blind eye until enough public attention is drawn that something has to be done to sate an enraged public. Why is nothing ever done before public outcry? Why do people get to use their power to harass and assault others? I really don't know, because after all a sexual predator who was caught on tape discussing grabbing women, "By the pussy," still won the Presidency. I'm not sure if gaining power turns some people into jerks or if some jerks try to seek out power, but we as the public need to hold all the people with authority to standard, because the people around them who they share power with sure don't do that.
Posted by David Charles Bitterbaum at 8:30 PM