Rant-Reviews: Imagining What If? 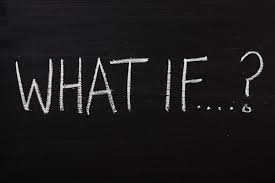 Sometimes comic-books ask, "What If?" with Marvel even having had a line of comics at various times asking that. I thought it might be fun to review some books that ask that question about some subject or topic and shall do so now...

Asking the Questions
1985: Black Hole Repo #1
AKA
What if the Cuban Missile Crisis Had Led to Nuclear War?
Published by Heavy Metal, this comic takes place in a 1985 where the Cuban Missile Crisis ended in nuclear war and much of the planet was wrecked, causing countries to take to space and colonize the Moon. President Ronald Rump of the United States keeps saber-rattling and making it possible there will be further war but our protagonists don't really care about Earthly-politics as they are just a repo crew who take-back spaceships that don't get paid-off on time. It's a fun introductory issue full of action, jokes, and as the name of the President hints, some political allegory. I liked it and see a lot of potential for it to grow into. You can buy this first issue at Things From Another World, MyComicShop, or via eBay.
3.5 out of 5 stars.

Port of Earth #1
AKA
What if Aliens Asked Us to Open a Refueling Station?
This is quite the concept coming to us from Image Comics, the idea is that aliens come to Earth and they don't really come in peace or war, they just have a business proposition. Spaceships that run on water need to refuel while flying through the galaxy and if we let them use Earth as a gas-station of sorts they'll end our energy crisis for us by teaching us how to use our own water. Earth of course accepts and over a period of years things get rocky as some alien visitors go into the general populace and violence erupts. This leads to a security force of sorts being created and we get to witness them going about a usual day of business.

I feel like this comic would have benefited from being a special double-sized issue as a good half of it is dedicated just to laying-out the story and background, which is fascinating but allows scant time for us to get to know any characters or watch conflicts develop. I am for sure intrigued and chomping at the bit to read the next issue, but again, if this had been just a little bit longer I might be even more satisfied. Grab yourself a copy at MyComicShop, on eBay, or get it at Things From Another World.
4.5 out of 5 stars.

Solar Flare Season 2 #1
AKA
What if a Solar Flare took out all our Electronics?
The previous six issues of this series from Scout Comics (so, the first season) focused on a group of people as they dealt with how a solar flare has knocked-out all our electronics and the result is the country beginning to descend into chaos with one militia posing an extra-large threat to everyone's safety.  This issue takes us back in time a bit to show us what life was like for one of the characters in the series before the Flare hit. It is interesting as that is exactly how the first season started with a different person as well. It's a solid book and provides a nice look at how people on a smaller-scale might handle such a large world-altering event. Buy it on eBay or at Things From Another World.
4 out of 5 stars.

Uber: Invasion #9
AKA
What if the United States and Nazis developed super-powered humans?
This new series is really just a continuation of the first series of, "Uber," with some extra explanations at times to help newer readers. It continues to be a brutal read full of tactics, warfare, and occasional grim humor. It continues to astonish me the same man writing this book--Kieron Gillen--is the author behind books like, "The Wicked and the Divine," seeing as how this is more like a super-powered Garth Ennis-esque book and WIC+DIV is so different tonally. That 's perfectly alright though and just shows how skilled Gillen is as a writer, I think.

"Uber," has been the kind of series with so many characters and theaters of war that it can get confusing at times with me forgetting who is supposed to be where and such, but Gillen clearly has it all carefully planned and plotted out. He says in the back-matter for this book there aren't too many more issues so I'm interested in seeing how all the metaphorical chess-pieces come together for what is sure to be an explosive climax. Buy a copy from eBay if you would like to check it out!
3.5 out of 5 stars.

Moon Knight #188
AKA
What if the Egyptian Gods Used Super-Heroes to Duke it Out?
I am of course a big fan of Moon Knight and have enjoyed some titles by the writer, Max Bemis, as well as many comics by the illustrator, Jacen Burrows (who worked at Avatar Press for years before now popping-up on a Marvel title). This issue is interesting in that it actually never has Marc Spector, Moon Knight, or any other alter-egos appear outside of dream-sequence. This issue instead centers on Dr. Emmett (who appeared in the previous Moon Knight series and was hinted to possibly be supernatural and seems to be completely human here) and her dealings with a mysterious Patient 86. Emmett remembers having worked with Spector and finds some striking simmilaties between his case and Patient 86. This leads to her trying to get the patient into Egyptian mythology as well but (spoilers) it all goes horribly awry as patient 86 may very well have some super-powers and deigns himself a representative of Ra, the Sun God in Egyptian mythology--one who doesn't gel well with moons.

Bemis and Burrows work well together, with everything being illustrated expertly and a surreal dream sequence being suitably scary and unsettling. It is a bit of a storytelling risk for Bemis to not have the man who is arguably the protagonist of the comic appear in this first issue (don't let the #188 fool you, this is part of that absurd Marvel Legacy re-launch), but it pays off through having Moon Knight's absence still result in his influence being felt. Having read some stellar comics with Moon Knight and some that were absolute garbage I am so far cautiously optimistic. Plus, even if the story ends up sucking at least Burrows will continue to provide stellar art, so that's good. Buy yourself a copy to enjoy at MyComicShop or on eBay.
4 out of 5 stars 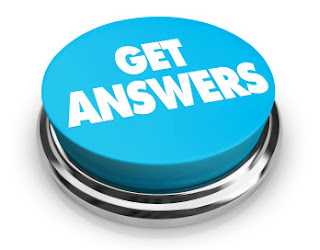 The comics I read and reviewed ask questions and work to answer them. What conclusions the books come to will eventually be discovered, but for now I'm enjoying reading the debut issues of some and continuing entries of others.
Posted by David Charles Bitterbaum at 11:05 AM