A Lot of Talk 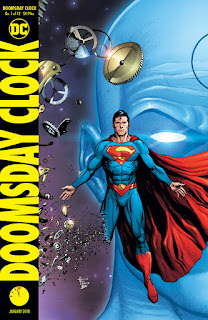 There has been a lot of discussion about DC's big 12-issue event-comic, "Doomsday Clock." There is of course the much-loved comic, "Watchmen," which--putting aside the, "Before Watchmen," debacle of lame prequels--we haven't had too much of outside of Alan Moore and Dave Gibbons self-contained masterpiece. DC has now released the first issue of this sequel of sorts with all the moral quandries that brings.

You see, Alan Moore has always been vehemently opposed to DC doing anything with his work from, "Watchmen," stating how he should have had the full rights. It's a long and tangled history, but the short version is: Alan Moore and DC apparently agreed that once, "Watchmen," had been out-of-print for a period of time the full rights would revert to him, the comic was a huge smashing success and DC now has forever been printing versions of it, thereby robbing Moore of what he felt was his. There are many arguments in favor of Moore, some against, and people much smarter than me have made highly detailed cases.

How then, does one review, "Doomsday Clock," considering all the elements at play here? I suppose I would review it in a number of ways with different things taken into account--which sounds complex but there are many complexities to this comic-event.

Looking at The Plot in Isolation From Other Elements 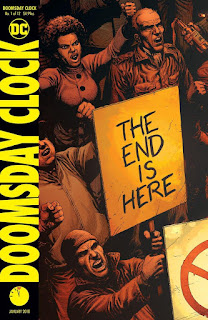 From a strictly plot perspective there are some intriguing ideas at work here. The idea is arguably that the existence of, "Watchmen," was so world-altering it essentially changed the reality of other comics, like DC's main stuff. It is a really meta idea and arguably the only way this comic can work--the dark sad world of, "Watchmen" going-up against the happy and more hopeful world of DC. After all, if you just have a comic with Batman fighting a bunch of folk from, "Watchmen," what's the point?

"What's the point?" could be asked about a lot of this though. Did DC absolutely have to take, "Watchmen," to use for this story or does utilizing the famous IP allow the story to feel like it has more gravitas? Moore and Gibbons comic is a masterpiece so anything attempting to follow-up on it that lacks them probably will struggle to measure up. Having read the comic, if one puts aside all the baggage of using, "Watchmen," it reads quite well, but the whole idea is taking the baggage of, "Watchmen," and using it to tell a story, which arguably is why we are in this aforementioned big ol' moral quandary. Should we work to put all that aside though and just look at the plot in isolation from all the other outside elements at play--go all, "New Criticism," on the comic, then it is pretty good.

We have the world of, "Watchmen," that seemed to achieve peace through the lie of a false alien invasion now falling apart due to the truth coming-out. Things are miserable again and its a mess. We get some info-dumps and it is a good read. I would give it a solid 4 out of 5 stars viewed by itself. We can't view it by itself though, can we?

Looking at the Plot in the Shadow of, "Watchmen." 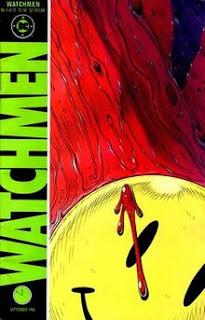 Many folk would agree, "Watchmen," is a masterpiece. Intricately plotted, designed, and with an ending that is kind of weak--but arguably intentionally so--it is amazing. Any book trying to pick-up that ball and run with it is bound to suffer. Reading this book written by Geoff Johns gives the impression of someone desperately trying to recapture that, "Watchmen," lightning in a bottle but struggling to do so. The artist can't be blamed at all, as Gary Frank is a stellar illustrator and uses the classic nine-panel grid to give us some stellar imagery--at least as best as the plot can allow.

This first issue mostly takes place in the world of, "Watchmen" so perhaps as we see more of it and the DC-Universe bleeding into one another things will flow a bit better. As it is though, when one looks at this as a sequel to something so amazing as, "Watchmen," and puts the quality and craftsmanship side-by-side, this work suffers and is more of a pale imitation, a 2 out of 5 stars.

Looking at the Comic in Regards to Creator Rights 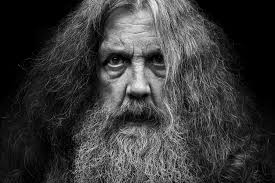 Just as with, "Before Watchmen," this is basically DC saying, "Fuck Alan Moore!" Even DC's most vehement defenders will admit that Moore was done dirty whilst trying to rationalize things by saying stuff like, "Well, Moore used other people's creations for his, 'League of Extraordinary Gentleman!' His, 'Lost Girls,' stuff too!" Those people seem to miss the point that all of those things were public domain and even if Moore was using creations in a manner the original creators would have disliked, he wasn't outright stealing their work from them to do what he wanted whilst they loudly protested. Moore isn't mad that the stuff he created is being used to tell other stories, he's mad because he was promised those things he crafted would be his to do with as he pleased and then once he made these metaphorical toys they were snatched away from him by DC.

Should someone look at this comic's existence in regards to what its progenitor--Alan Moore--would prefer, clearly it shouldn't exist. Dave Gibbons basically has faintly offered his approval/said he doesn't care, so is it enough for one of the makers of, "Watchmen," to be okay with it, or if anyone is against this should their preferences be acknowledged? Whatever the case, considering how badly Moore was screwed-over by DC when it comes to the comic in regards to creator rights, this is a 0 out of 5.

Much to Mull Over 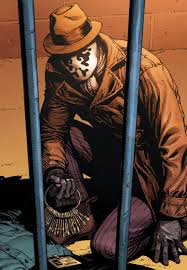 It is evident that there is a lot to wrestle with when it comes to the very existence of, "Doomsday Clock." As its own piece of work it is interesting, but it suffers compared to the amazing work it is a sequel to, and is also one big middle finger to creator rights. It is impossible to judge if the overall meta-message will work well based just on this first issue, but I'm hopeful all this controversy at least gives us an interesting story--especially considering just how questionable the taste is of this comic even existing.
Posted by David Charles Bitterbaum at 12:35 PM