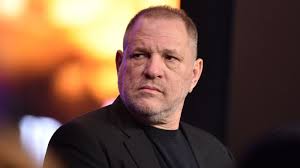 When it comes to humanity there are certain aspects of it I consider horrible, reprehensible, and otherwise among the worst kind of people. Those who murder/take the lives of others are number one on my, "Awful humans," list. Not too far removed from that however would be, "People who use their power to abuse and hurt others." It seems far, far too often that if an individual is able to acquire a lot of wealth, influence, etc. they can get away with doing terrible things either indefinitely or for a disturbingly long period of time. So, when you have someone with an incredible amount of power who is also a terrible human being a whole lot of disgusting shit can happen. Hence, Harvey Weinstein.

It has been dominating the news for about a week now, but a number of publications (which were careful to verify all their sources lest they be sued) have spent a great deal of time investigating Harvey Weinstein and good God has some shocking material come to light. Harassment of actresses such as Angelina Jolie and Gwyneth Paltrow, a lot of money paid-out to silence anyone he inappropriately spoke to or touched, and audio of him that makes my skin crawl pressuring model Ambra Battilana Gutierrez to watch him take a shower whilst he claims he won't touch her and if she refuses it will ruin their friendship. He outright says he is powerful when making that request, seriously. I myself needed a shower after hearing that just to wash off the gross sensation all over my body. Oh, and he's quite possibly also a rapist.
Weinstein got away with all this for God knows how many years thanks to having a lot money, a lot of power, and a lot of men whom he worked with being willing to look the other way. A variety of male celebrities have been quick to distance themselves from this fiasco and claim they knew little-to-nothing of Weinstein's ways, but it sounds like it was an open secret in Hollywood that the man was reprehensible as opposed to some masterfully-kept secret that he was into groping and propositioning women in exchange for promises of fame and/or threats of a ruined career. The accusations that he may have outright raped a number of women when his come-ons were refused is just a logical next-step in his clear trajectory of getting sex however he could with what he had (e.g. the ability to abuse all this power).

How many times do we need to go over this, people of Earth? If you are someone who acquires a lot of money/power/influence you should under no circumstance use it in a manner that is clearly wrong. It seems obvious but also is apparently lost upon many. It isn't just men harming women too, of course. Terry Crews has shared that another man--a powerful Hollywood executive whom he declined to name--grabbed his genitals against Crews' wishes and Crews' felt powerless to do anything lest it hurt his career or he get in legal trouble for physically fighting back as he knew, "'240 lbs. Black Man stomps out Hollywood Honcho’ would be the headline the next day." I applaud Crews and all the other men and women out there for speaking-out when victimized by others trying to abuse their power.
Everything coming to light about Harvey Weinstein shouldn't be taken to mean it was one bad apple or that this is exclusive to show business. This is a larger problem than that which afflicts countless workplaces, be they film sets, office cubicles, construction sites, or anywhere else. The sooner we realize having power doesn't mean you can take advantage of others the soon the world will be a lot better a place. Then again, when the very nation I live in will elect to the Presidency Donald Trump, a man who also admitted on tape to sexual assault, perhaps we are just doomed.-
Posted by David Charles Bitterbaum at 3:57 PM