Almost All My Favorite Rappers Are Dead, Retired, or Having Babies with Kardashians and Jenners 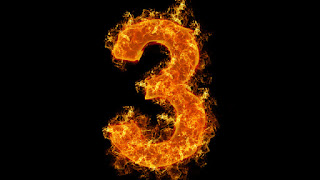 I have talked about how I can be a whiny old man when it comes to today's popular music, hating a lot of the new stuff. That said, I still keep-up on what's hot and what's not, because I feel if you're going to talk smack about something, you should at least know it pretty well--otherwise you're just an ignorant asshole as opposed to...a know-it-all-asshole, I guess? Anyways, I was thinking about my favorite rappers from the past and present, with it occurring to me almost all of them fell into three categories, all troubling in different ways. Let's review. 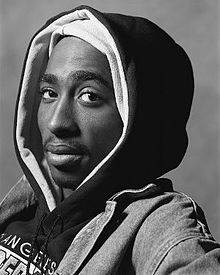 Tupac Shakur was a musical genius. Ol Dirty Bastard was probably the weirdest and wildest member of the Wu Tang Clan. Jam Master Jay was a key element of the success of Run DMC. Adam Yauch's voice always stuck-out the most to me (in a good way) on Beastie Boys Records. So many talented voices all silenced by terminal illness, drugs, or violence. It brings me so much sorrow that when I think about a lot of my favorite rap-groups that the member I liked best has passed, or that we've gone more than two decades now without Tupac on this planet. It sucks, but there really isn't anything we can do about it, is there?

Retired or Mostly Retired
Andre 3000 is a Goddamn genius but he only seems to pop-up on a record here-or-there to show it. The man knows he is the greatest rapper currently alive and realizes he doesn't have to do anything to prove it. He got bored with rapping and quit. Then we have talents like Queen Latifah and Will Smith who discovered they could make even more money just acting than doing much of any rapping.  The two men behind Clipse--No Malice and Pusha T--dissolved the group and do solo work but it just doesn't feel the same, Childish Gambino is moving more into singing than rapping as his most recent album illustrated, and Lil Wayne has threatened to quit (multiple times), which kinda sucks as he sometimes spits some solid bars.

Rappers threaten to retire to all the time without doing so, but ironically the ones I actually really like either made good on their claims of finding rap boring (Andre 3000 said it a lot before mostly stopping his raps) or just kinda stopped one day. We can't do anything about dead rappers (outside of creepy holograms) but retired ones can get back in the game...they just have to actually want to do so, and clearly lack that urge.

Having Babies with Kardashians or Jenners
Seriously, what the fuck is going on here? I love Kanye West basically no matter what because, "The College Dropout," is a sheer masterpiece and, "My Beautiful Dark Twisted Fantasy," is ingenious as well with plenty of his other works impressing. That said, I still can't believe he married and has continued to have kids with Kim Kardashian--AKA the biggest waste of publicity I've ever seen in the world. I figured one rapper having a baby with someone in the Kardashian and Jenner crew was fluke, but now I read that Travis Scott (AKA Travi$ Scott), one of the few newer rappers I like, is having a baby with Kylie Jenner?

If something happens once it is by chance, if it happens twice it is a coincidence, three times and we have a pattern. So, if a third rapper of the increasingly small number of them I enjoy gets another one of these women pregnant (or a female rapper has a child by one of the male Kardashians or Jenners) I'll have to put my tinfoil hat on and start babbling about a conspiracy. I'm already halfway there, as this article illustrates--especially seeing as I have three categories!

The One Glorious Exception: King Kendrick
Kendrick Lamar is a rapper I can't quit singing the praises of and he is without a doubt the best rapper currently alive who is willing to--you know--actually rap. As long as he stays alive, chooses to keep rapping, and doesn't knock-up Kendall or any other of those girls he will get to be my glorious exception to this troubling trend of all the rappers I love the work of being dead, retiring, or having a child with the celebrity family that to this day makes me marvel at how loosely we define, "Celebrity." I'm begging you, Kendrick, please stay healthy, stay motivated, and stay away from those Jenner and Kardashian girls!
Posted by David Charles Bitterbaum at 11:37 PM