News Occurred at Comic-Con International/SDCC 2016. I'll Talk About Some of it Now 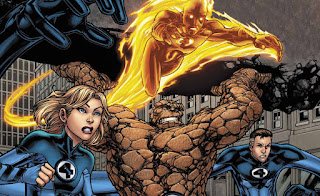 Just to start, don't expect anything involving the, "Fantastic Four," in comics anytime soon, although Marvel claims to have a, "Long-term plan," for the characters. I assume that means doing nothing with them for a long term.

There were tons of movie trailers, from, "Wonder Woman," to, "Justice League," on the DC side, and, "Doctor Strange," and some teasers for the upcoming, "Thor," flick on the Marvel side. There was a, "Kong: Skull Island," preview too, but of all the samplings, it was actually a trailer  that is under two-minutes long and for a television show that really caught my interest. The video for the Marvel and Fox team-up, "Legion," looked so phenomenally weird and tonally varied it really drew my eye. One website described it as, "Eclectic," and that is an understatement. This article here on Vulture has all the clips of note. 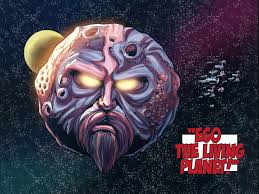 On the subject of movies, Kurt Russel is going to be Ego the Living Planet in the 2nd, "Guardians of the Galaxy," flick. That is fascinating and I doubt anyone would have predicted that.

Someone from Bleeding Cool pissed off Brian Azzarello when a discussion occurred which pointed out the new, "Killing Joke," animated movie really makes Barbra Gordon/Batgirl look bad as a character (emotionally needy, unstable, and more). I don't think Azzarello needed to yell-out into the crowd that the person talking was a, "Pussy." That makes the whole thing a train-wreck from the movie to the panel where the insult occurred. 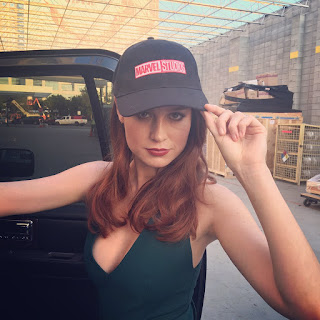 Brie Larson is officially Captain Marvel. I've liked her in the stuff I've seen that featured her talents, so I would say this is good news.

Besides those links it was all smaller announcements such as a Young Adult book featuring Miles Morales, "Jurassic World," comics coming out in the future, and how the X-Men are going to fight a bunch of characters yet again, but this time it is the Inhumans instead of the Avengers. Hey, after the aforementioned destruction of the, "Fantastic Four," I"m just happy the mutants still get comics too. Still, not too much to discuss from this year's convention.
Posted by David Charles Bitterbaum at 12:11 AM