I've Played a Bunch of, "Overwatch," And Shall Offer my Opinions

Blizzard is a developer and publisher who hasn't put out nearly as many titles as some of the quote-un-quote, "Big," publishers like EA or Ubisoft, but when they do have a release it often is so amazingly well-crafted, carefully designed, and expertly tweaked that it becomes hugely popular. They were known for their amazing Real-Time-Strategy games, came to dominate the MMO-space for years thanks to, "World of Warcraft," made a MOBA that has a huge fan-following, and now have entered into the space of first-person arena shooters that feature teams fighting. Because this is Blizzard we're talking about you don't need to worry if the game is good--the question just becomes how good is it? Well, I'll tell you it's pretty damn amazing which makes the small amount of flaws all that more annoying.

When discussing team-based shooting games it is basically mandatory you mention, "Team Fortress/Team Fortress 2," because for more than a decade that series has dominated the landscape (and of course there are still hardcore fans of the various, "Quake," games and their arena-style fights but that's a pretty niche group at this point). TF and TF2 deserve discussion because their perfect balancing act of character classes made the game a well-oiled machine of perfection. No one else has been able to have such as variety of characters and classes and make it work without one choice being too overpowered and another being too weak, etc. Well, until now with, "Overwatch." 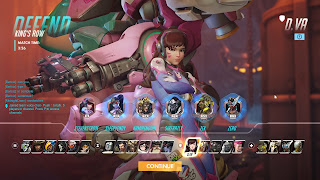 I've played a little bit of all the characters in, "Overwatch," from when it initially launched with 21 options to the newest addition in a recent patch, Ana. All the characters vary widely, yet they amazingly can both compliment and counter each other well enough that no one character is automatically the, "Best," or, "Worst." Unlike some games with a variety of characters, you can play any single one in, "Ovewatch," because the game is not a free-to-play title. You buy it (or in my case, keep renting it from stores or the library week-after-week) and can play as anyone--plus change characters even during a match if needed. Having played everyone in, "Overwatch," I will say I am best at D.VA, whose plot involves her being a video-gamer who drives a huge mech. Before a patch that fixed-up her shield I was pretty good, but since they made her even better at deflecting damage she is now one of my go-to choices. I absolutely suck at playing as a man named Hanzo however, whose M.O. is slinking around and firing carefully-aimed arrows at enemies. I can not aim at all with him. I am also great at a healing character named Mercy however, who can barely hit enemies but can fix-up and boost her team like nobody's business--and that's exactly the thing with, "Overwatch,"--there are so many characters and fun ways to play that if you are bad at one or get tired of a particular way of gaming, you can switch it up!

Exhausted of flying high in the sky and firing rockets at people as Pharah? Turn into a huge Knight named Reinhardt and run around smacking people with your hammer. Want to be able to attack enemies but still heal your team? Play Lucio and rollerblade on walls whilst patching-up your fellow players. And it continues just like that, play a robot named Bastion who can transform into a turret and mow-down everyone, become a talking Gorilla (good ol' Winston) who can leap long distances, or if you're overwhelmed by these exotic players just play Soldier 76 who can run fast, heal himself, and has a good rate-of-fire with his gun(so basically if you're most at home with, "Call of Duty," he's your guy).
No one character is over-powered because there are always other characters designed to take-down the other. Are multiple people on the opposing team turning into a turret as Bastion and trying to stop everyone from advancing? Deflect the gunfire back at them as the ninja Genji, teleport behind them with Tracer, or freeze them up with Mei, to give just three examples. But hey, even if you go-up against a character who can counter one of your skills, just use another, because this game is so incredibly done that everyone can be fun to play as and against. Considering how the options and possibilities seem endless in terms of who to play, it makes it all the more apparent and depressing that the game really lacks something else--play modes.

Wait, That's It for Modes? 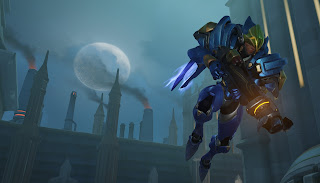 In, "Overwatch," there are modes where players fight over a control point(a, "King of the Hill,"-style match), where one team has to defend a number of checkpoints from the other team, and a version where you unlock a, "Payload," you escort across the map while the other team tries to stop you. That's it. Okay, there is version where you fight over a control point in a, "Best out of three," match-style, but other than that, nada. Do you want to be able to do a team deathmatch, have it be a free-for-all-fight, or simply take on a friend one-on-one? Well, sorry, because that ain't in this game, you've got those aforementioned modes to play with and against people, or if you want, on a team of people against the artificial intelligence. Compared to the absolute plethora of characters you can play as the lack of modes is a stark contrast. I mean, there even is a good variety of maps, but while the locations can be exotic, it doesn't change the fact the game only consists of fighting for control points or escorting a floating car.

The most amazing thing however is that, "Overwatch," is still so good that even with these lack of modes, you're having so much fun it actually almost feels okay that your options are so limited. Everyone is having a such a great time it is almost forgivable that game-modes are so lacking. Plus, considering how the game just added the support-sniper character Ana and plans to add more people to play as, I imagine they of course are planning to introduce other modes--they would be crazy not to do such a thing. Oh, and everyone makes fun of the, "Play of the Game," at the end of matches, but I don't mind it much so that's all I've got to say about that. 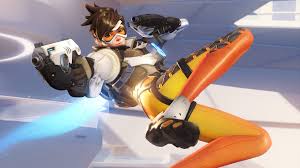 I should mention that as I only almost rank/level 18 I have not been able to take part in the, "Competitive Mode," which requires I reach 25 and is unique in that people who play it move-up in virtual ranks the more they win (and you can only have one of a character in a match per team). It is basically the same as the regular game, as far as I understand it, except that people take it much more seriously because they want to have the bragging rights of being one of the top players in the world. Even if I unlock the competitive-level I'll probably stick with the regular mode, because I like the relatively relaxed and peppy nature of everyone playing. Everyone is just having fun and not super-worried about winning or losing, it is nice considering how lots of team-shooters can have people who are waaayyy too into it.

Blizzard has done it again with, "Overwatch." The, "it," in this case being making a great game and then raking in the money when everyone buys it because it is so good. The lack of modes is a startling omission in a game that otherwise feels carefully perfected, but over time I imagine that will be corrected. As it stands now though, "Overwatch," is a rollicking good time that will bring hours of enjoyment to anyone who plays it.
4.5 out of 5 stars (although with more modes it will easily achieve that extra half-star).

Note: Blizzard normally doesn't release games on consoles but did in fact do so for, "Overwatch," so I've been playing it on my Playstation 4.
Posted by David Charles Bitterbaum at 2:45 PM