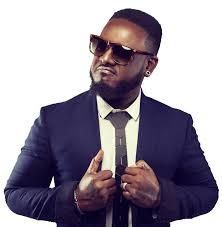 Seriously though, I know my blog post's title is a mouthful. It is true though! The rapper known as T-Pain is most popular for his auto-tuned voice, but one element I've enjoyed in numerous releases of his would be a self-insulting vibe in his raps that gives everything a bit of a humorous and sympathetic sound. After all, how many rappers talk about how great they are and all the women they've had sex with? A ton. How many make a jam about being turned-down by numerous women called, "Chopped N Skrewed?" Exactly.

Whether it is the aforementioned, "Chopped N Screwed," which features the sound of a chopped-and-screwed-style song, or other releases he has put out, there often is a fun self-deprecating tone to many of T-Pain's songs. "Therapy," features him angrily telling a woman that they may as well break-up, with him pettily stating, "One, two, three, four, get the Hell up out my door! Five, six, seven, eight, I don't need your sex, I'll masturbate!" Besides the catchy beat and melody, the lyrics create the image of a man pathetically trying to tell-off a lady who has upset him, but in the process he just ends up looking absurd.

The apex of T-Pain dissing himself can be found on the ,"Same Girl Triple-Up Remix." The original, "Same Girl," featured R. Kelly and Usher singing about a girl they both have met and fallen in love with before realizing their respective darlings are one-and-the-same. They have a laugh over it though and all is well. Things go differently on the remix. Give it a listen:

You can practically hear T-Pain saunter-up, introduce himself and then calmly begin talking about how he knows this woman the duo are talking about as well. The twist occurs when he declares she is in fact his wife, and both Usher and R. Kelly have been having a grand time with this woman he was working hard to keep happy and launch the career of, with him declaring via an angry sigh, "And don't tell me that you didn't see that ring on her finger, I was even trying to help her be a singer." He practically yells at the end of his verse he's through with this woman, and yet again we have a song where T-Pain has found himself left lonely due to a mixture of his own personal failings, and continuously pursuing the kinds of women where the end result is yet another angry break-up.

Not all of T-Pain's songs are about failing at love, of course, but a good number of the pieces I enjoy are set within this subject. I guess it is just a bit refreshing to have a rapper with enough of a sense of humor to rap about how much he sucks at love. I tried to reach out to T-Pain a couple of times via, "The Twitter," to ask if we could discuss how he does this in his songs, but I was sadly unable to get a response. Therefore I can't say whether this is an intentional theme or something which has come about accidentally. Whatever the case, it makes for some good music and I look forward to when T-Pain releases his next album--it's been awhile since the last one!
Posted by David Charles Bitterbaum at 12:40 PM