As We Begin...
I had the ingenious idea to make a post about movie openings I like. I then looked online and saw this topic has been discussed a lot. That didn't discourage me though, because while the posts I saw talked about some openings I had thought of, there are others I feel deserve mention as they are less-known. So, here are three everybody is aware of and three most may not think about (plus one honorable mention which is sort-of known). 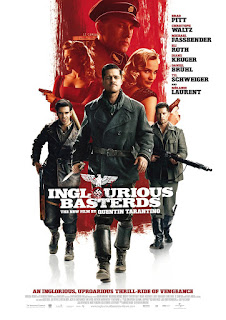 Inglorious Basterds
For a scene that is basically just two men talking it is amazing how it goes from seeming like a casual conversation to the slowly growing tension as us viewers make the realization that the Nazi played by Christoph Waltz is the worst kind of villain--the sort that lures you into a false sense of security that he can be reasoned with and placated. As Waltz talks to a farmer about missing Jews the anxiety of those watching builds and builds until the horrendous and bloody climax where it becomes apparent the very people the farmer was trying to hide are under the floorboards and he's sold them out. A riveting piece of cinema and arguably one of the best parts of the movie. Director Quentin Tarantino knew to give us his best at the start, and boy does he deliver that. 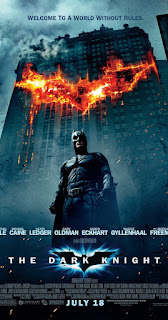 The Dark Knight
Many movies end with a bank robbery, having that serve as the climax to the story. "The Dark Knight," however, opens with a bank robbery, and a tightly choreographed one at that. In it's amazingly well-orchestrated process we not only hear about the fabled man known as, "The Joker," who will come to dominate the film, we see how much of a mastermind he is with this bank robbery and then get to be surprised as he reveals himself to be a part of the very crew that simply thought he had hired them. In a bit over five minutes director Christoper Nolan has set some incredibly high stakes, bringing us the end of most movies at the beginning, and throwing the antagonist out there before we see even a hint of the hero. It's no surprise that to this day people still oftentimes refer to this as a movie starring the Joker, with guest appearances by Batman. Much of the credit for that goes of course to Heath Ledger's amazing performance, and with Nolan providing Ledger a scene like this to make his splash in, something magical resulted. 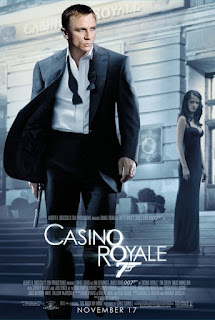 James Bond: Casino Royale
When this movie came out folk were feeling a bit down on the James Bond franchise. "Die Another Day," had come along and completely shit the bed, ruining any goodwill Pierce Brosnan had built-up during his time as the character. Fans were concerned this would be another silly jaunt full of weird technology and campy villains. Then we get an incredibly dark opening scene that opens in a stark black-and-white where the new James Bond confronts someone in a quiet room--but that scene is inter-cut with a brutal bathroom fight that the lack of color somehow makes all the more gritty. This scene doesn't just serve as the introduction to the film, it shows us that this new Bond we're getting ain't gonna be like some of the old ones. There really was no better way to put fears to rest, and that the rest of the movie is so expertly done only helps solidify, "Casino Royale," as a classic. 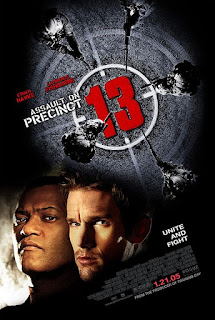 Assault on Precinct 13 (2005 version)
I know, I know, the remake in no way lives-up to the John Carpenter classic. That said, I love the opening. When I first saw this it was at a movie theater back in the day that didn't have any special screen or, "bumper," to announce the previews were over and the movie was starting, the movie would just begin. For some reason the copy of the film they had lacked any studio logos or such, so it just opened on Ethan Hawke talking excitedly. For the first minute of the film I thought I was watching another preview. This opening on Ethan Hawke in an undercover role talking about drugs was so odd however that as it proceeded I began to go, "What is going on?" until it dawned on me the film proper had actually begun. It was a wild experience that is well complimented by the scene's sudden leap into action-fueled violence. If only the rest of this remake could have been as good. 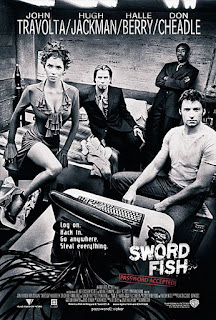 Swordfish
I would argue this movie is an overlooked gem. Remembered by most people as the other movie where Halle Berry shows her breasts (the much more depressing ,"Monster's Ball," being the other), this actually is a peppy little film that talks about technology (at least as best as it could be talked about in 2001), concepts of good guys and bad guys, and features John Travolta doing that charismatic-villain role he tends to excel at. Plus, it has Hugh Jackman (this time affecting an American accent)! The opening scene though, it is just so wild. We have John Travolta talking about the movie, "Dog Day Afternoon," and how things would be different today whilst casually smoking in what appears to be a restaurant. Then the camera suddenly pans out and we see SWAT officers everywhere whom he commands to move out of his way. Suddenly its apparent Travolta has hostages rigged to explode with bombs and is in the process of robbing a bank himself--not unlike, "Dog Day Afternoon." Of course a bomb goes off and then the movie whisks us back to true start of the film, as we actually opened in the last quarter. It's bizarre to think the flick opens around the last 3/4th and then rewinds before making its way back, but it works and makes the impact of that opening all the more dramatic. 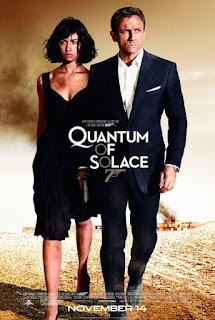 James Bond: Quantum of Solace
Another Bond movie, one with much less respect given to it. Seriously, out of the, "James Bond," films Daniel Craig was a part of this is the one everyone loves to hate. I'm with the folk who defend it however, thinking it is actually a solid piece of entertainment and a worthy entry in the Bond-mythos. The fact it actually links-up with, "Casino Royale," makes it a bit unique in the idea of each Bond film standing alone. There is a huge opening car-chase with Bond and then at the end he pops the trunk and we are surprised to in fact see a villain from the previous film that Bond intends to interrogate in an effort to learn more about the murder of the woman he cared about in the previous film, Vesper. Should someone be going into this film without knowing it was a bit of a direct sequel to, "Casino Royale," they would be surprised not only to see someone was in the trunk of Bond's car during the entire chase, but that they relate to an earlier movie. It is a way to have an opening that jars the viewer, and for that reason it is a great opening scene in a movie I would argue also is solid as well, even though many disagree.

One Honorable Mention That Is Sort-of Talked About 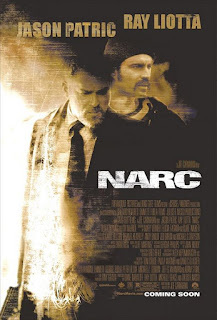 NARC
The movie, "NARC," could be mistaken as being your standard gritty flick about the police investigating the death of a fellow officer, but is elevated by great performances (Ray Liotta always makes a great cop or crook) and some intriguing twists. It's opening is amazing however. It just starts. We join an on-foot chase in process, unaware who exactly is whom, the camera shaking as it attempts to keep-up, no music playing, just intense breathing and footsteps. It's quick, terrifying, and bloody as the man being chased leaves all kind of harm in his wake and the man in pursuit we later learn is an officer played by Jason Patric who follows closely. From that moment on, "NARC," had my full attention and kept it throughout.

Roll Credits
When it comes to watching a movie you of course want it to have an entertaining middle and satisfying end, but I would contend that the most important part is to have an opening that grabs the viewer's attention. These movies--both the popular and lesser-known--do just that, and serve as examples to others of how to make a great opening scene in your film.
Posted by David Charles Bitterbaum at 9:03 AM